Budd Bailey: Perspective On The Opener 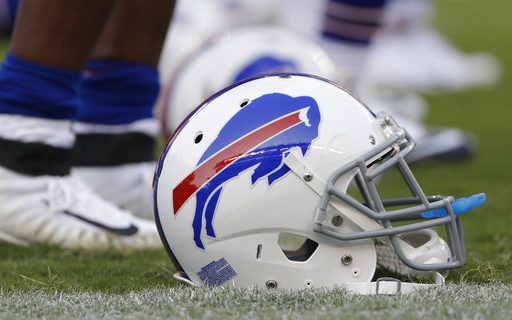 What the new leadership of the Buffalo Bills’ football operation needs right now is time. Lots of time. And the fans have to show equal amount of patience. Yes, even more patience.

It’s never easy to completely change the course of an organization. New coaches usually mean different approaches to the game. The sport has become so specialized that teams sign players specifically because they think they can fit into a system. That’s in contrast to most other sports, where coaches take a look at the players they have and figure out how to put them in a position to succeed.

Much has been made about Bills’ players who were drafted in the Doug Whaley Era leaving so quickly that the door out of One Bills Drive continues to spin. That’s probably due more to finding the right personnel for a system than picking complete flops in the draft – although, let’s be honest, there’s been some of that too.

The current situation for the Bills is like one that faced the team early in 1978, when Chuck Knox and Company came in from the Los Angeles Rams. He weeded through several players in the next couple of years. But by 1980, he had put together some good pieces to the puzzle – and made the playoffs.

Massive immediate turnarounds in the NFL are rare. Therefore, it’s tough to see a huge uptick in the Bills’ fortunes this season. If anything, the downside to the season is scarier, as an injury to Tyrod Taylor and/or LeSean McCoy would be particularly damaging.

I went through the schedule game-by-game, which is everyone’s form of entertainment this time of year, and came up with 6-10 for the Bills. If that happens, the playoff drought obviously will continue.

That’s where time comes into play. The Bills’ “brain trust” (I like that silly phrase) needs to buy some of that precious commodity to give its plan a full chance – especially the fans. The way to do that is to be direct, honest and human when speaking to the fans through the media.

Consider some of the Bills’ coaches over the years. Marv Levy always came off as someone who had his priorities in order and who was smart. You always knew Lou Saban cared desperately about the success of his teams. Yes, they won, but they built up good will along the way. On the other hand, does much come to mind when you ponder the personality of Doug Marrone? Tom Mularkey? Dick Jauron? Kay Stephenson? Probably not. And the principle also applies to Whaley, who was kept far away from the media spotlight whenever possible. None had a reservoir of good will to use during tough times. Rex Ryan’s tenure is the exception here, although I would argue that if he had won a few more games he had a chance to be loved by the fanbase.

Newcomers Sean McDermott and Brandon Beane are off to a good start in their jobs. They have been professional and occasionally candid in public, and appear to have a plan. We’ll have to wait and see how it all works out – again. It’s difficult for the fans to continue to show that patience, but it’s probably going to be necessary.