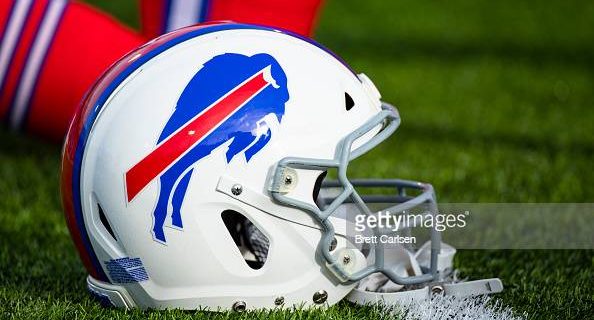 The holiday card came from a high school friend in Southern California – someone I wouldn’t have associated with a strong interest in football. After the usual notes about life, she asked a question that I didn’t particularly expect – but one I had heard before in the past two weeks.

“What’s wrong with the Bills?”

Buffalo’s consecutive close losses to the New England Patriots and Tampa Bay Buccaneers have caused a lot of muttering around town, and some of it is downright angry. The coaches don’t know what they are doing, the players are mediocre, etc. etc. etc.

I’ve watched and listened to it at close range for those games. I was in the stands for the Patriots’ game and in a restaurant/bar for the Bucs’ contest. There was a lot of disappointment and frustration in the air during and after the two close contests. (Since there was beer involved in some cases, the complaining might have been a little extra-loud.) It’s reminded me of the Sabres during the past 10 years, when they’ve gone on a bit of a win streak to raise hopes that the long drought between playoff appearances will end soon – only to see those hopes smashed by a long losing streak.

In the Bills’ case, a Super Bowl appearance seemed to be the next logical step for the team after an appearance in the AFC championship game last season. Some of the media members in town fed into those feelings with some comments about the team that made them come across as cheerleaders instead of reporters. Fans can get carried away without any help, thank you.

That brings us back to the original question. And here’s what I wrote back to my friend:

“Simple answer: The Bills have been unlucky.”

I can explain. Let’s start the analysis with one of my pet beliefs concerning pro sports, one that’s often easy to overlook. Blowouts usually are won by the better team, while the close calls are up for grabs. You are only doing a bad team a favor by letting them hang around within striking distance for much of a game. That’s when a bounce here or a slip there can decide an outcome. We celebrate those close wins when they happen, and we remember them. But eventually – maybe not this year, but the next – the breaks even out.

Let’s look at the AFC standings as of Friday. Six teams have all lost exactly six games this season; the Chargers have an extra win because they played Thursday night. Here’s how they did by score:

The Bills only needed a couple of breaks in two of those close games to be 9-4 right now, and tied with New England for the lead in the AFC East. It’s easy to imagine a couple of key plays in those games going a different way, flipping the outcome.

Compare this to what happened last season. The Bills went 8-2 in blowouts last season, and they are right on that pace again this year. But they were 5-1 in close games in 2020, giving them a 13-3 record. Buffalo’s record in tight contests in 2019 was a so-so 4-5, but the team was 6-1 in one-sided games. It’s easy to say that the Bills have been a very good team these last three years, even if the season-ending record implies more inconsistency than that.

It looks to me as if the two best teams in the bunch of six teams this season should be Buffalo and Indianapolis, based on their record in blowouts. Their record in close games drags them back down to the pack. But if you were going to pick a couple of teams to burst forward in the stretch drive and the playoffs – based on this formula – those are the obvious choices.

There are other numbers to study. The four division leaders in the AFC all are at least .500 in blowouts, and often much better. New England is 6-1 in such contests (3-3 in close calls), Kansas City is 6-2 (4-2 in close calls), Tennessee is 5-3 (4-1 in close calls), and Baltimore is 2-2 (6-3 in close calls). The conventional wisdom right now is that the Patriots and Chiefs are headed for the AFC championship, and the numbers seem to reflect that.

By the way, Kansas City was 6-2 in blowouts last season as well – but it was an amazing 8-0 in close games on its way to 14-2. You might have guessed that that sort of record was unsustainable, and that came true. But they are still really good, as they try to make it three straight appearances in a Super Bowl.

Chance helps to make the NFL more unpredictable, and thus more fun. But don’t let it get in the way of the big picture. It would be unwise to underrate the Bills and their chances in the next month or so.