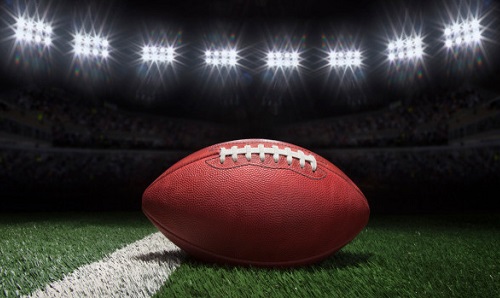 Hello from rainy & cold Las Vegas. 46 degrees as I chart this weeks games and see that 8 of the13 favorites this week are visiting teams. The three best teams in the NFL, Buffalo, KC and Philly, are all double-digit favorites. Two recent Super Bowl winners, the Rams & the Bucs, face off this week. Since Tom Brady has joined the Bucs, he’s played the Rams 3-times and lost all three. Both teams need this game if they’ll have any chance to make the playoffs For me, it comes down to which team wants it more. My guess is Los Angeles and they’re getting 3-points. Take the Rams.

Man in Stripes: Air Force-Army Under 41

The service academy game equals the UNDER!!!!! In the last 52 games either Army, Navy or Air Force play each other the under is 42-9-1!!!! That is 82%.  That makes this the best trend in all of college football or maybe the best trend in all of sports!!!! The under has hit 8 times in a row these two titans have met. Why all the unders? Well both teams run the triple option, which means the clock never stops and the drives are very long. In October the Falcons beat Navy 13-10. I look for another similar score. I know unders in college football make you sweat but 82%. I’ll bet blind until the cows come home!!!

This Virginia team is plain and simple not very good. UNC is on a collision course to meet Clemson in the ACC title game. North Carolina is explosive offensively as they always are but their defense lacks a little. Virginia is not very good at anything. Brendan Armstrong doesn’t look like the same QB that played in 2021. I’m expecting UNC to run away with this one in the second half and win by at least 10.

I really don’t understand this line. I don’t see any let down from Kansas State after the huge win over Oklahoma State.  Texas coming off the bye week and did get their QB back but they did lose to the same Oklahoma State team last time out that Kansas State blew out last week. Texas is 1-8 ATS in Manhattan the last nine times they played there. Kansas State will have both QB’s available so they have options at QB. Texas needs to prepare for both QB’s.  Kansas State has been great against the spread 6-2-1 this year.

Washington State comes in having lost four of their last five.  But if you look into those losses they were against the best teams in the conference. The Cougars lost by 3 to Oregon, by 4 to Utah, at USC and to a 6-2 Oregon State team.  None of those losses are bad.  Stanford comes in 3-5 and they haven’t scored over 16 points in their last three games. I don’t see Stanford with the ability to keep up with the Cougars. I like the Wazzu QB Cameron Ward that comes in completing 65% of his passes on the year.  I like the much better team laying under a TD.