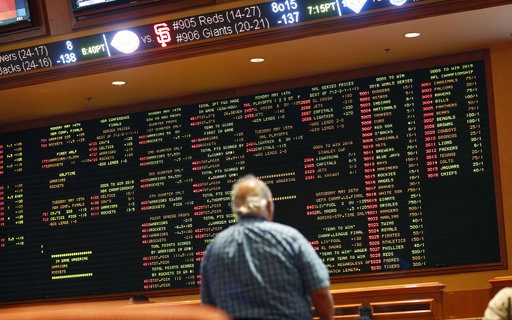 WELCOME BACK! Weeks 1 and 18 are the two worse weeks to bet on NFL games. Last year the favorites only won 7 of the 16 games in week one, and only covered 4 of them. That’s why I’m looking at the O/U in the Raiders/ Chargers game. Last year’s final regular season game between these two went into overtime with 67 points being scored. Chargers Pro Bowl cornerback J.C. Jackson is out this game and since both teams have playoff expectations, I expect them to start where they left off last year. Take the over 52.

Man in Stripes:  Tampa Bay and Dallas Under 51.5

Yes last year these two teams played a wild one on opening night. Things are different now. The Bucs QB is another year older even though he’s the GOAT.  But he spent half of training camp with his family. Bucs offensive line is decimated. No Gronk and the WR group is down. Dallas OL has some injuries. Heck they needed to sign former Bill Jason Peters.  He’s 40. Dallas WR core is not as good without Amari Cooper and Cedric Wilson. Both DL’s are good.  I know it maybe hard to swallow but two bad OL’s with limited weapons and two good defenses.  This number is way too high. Go under 51.5 on Sunday night!!!

This is a big home opener for Kirk Cousins and the Vikings.  Minnesota’s offense is loaded and they have a chance to steal a win against Rodgers and company.  What’s not to like about Dalvin Cook, Justin Jefferson and Adam Thielen. I’m not sure how good the receivers are in Green Bay now that Devante Adams has left. Expect Cousins to have a big day and make a statement win at home.

Iowa State always seems to lose by a fluke in this battle for Iowa.  Can’t happen again.  Iowa scores two safeties and a field goal last week for 7 points.  I watched the game and it was as ugly as it sounds. The offensive coordinator is Kirk Ferentz’s son.  He should have been fired going into this year.  Hunter Dekkers replaces Brock Purdy as QB for the Cyclones.  I don’t think the offense misses a step. Love the fact you are getting more than a field goal.

This total has been going down for a couple of weeks.  You have two QB’s that are young. First the Niners are going to play conservative with Trey Lance under center.  They may run the ball over 40 times in this contest. The often-injured George Kittle is by no shock injured again.  This takes away one of the best tight ends in football for Lance to throw to. On the other side you have Justin Fields under center for the Bears.  Count me in as someone that is not a fan. Fields will struggle against a Niners defense that was one of the best in the league a year ago. Nick Bosa going up against a young tackle Braxton Jones will be a mismatch. Can’t see many points being scored by either team.