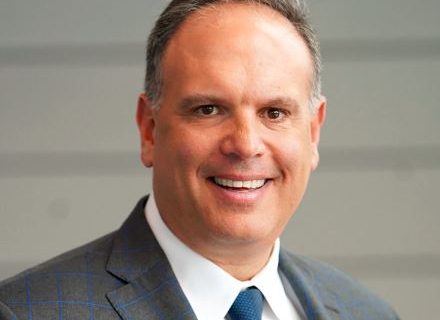 Mike Tannenbaum is a close observer of the NFL. (Photo courtesy of ESPN)

When Mike Tannenbaum talks about football, it’s a good idea to listen. He is the former general manager of the New York Jets (2006 to 2012) and was the Executive Vice President of the Miami Dolphins (2015 to 2018). We recently talked with him about all things football, including the Bills and the Super Bowl.

Buffalo Sports Page: I looked at the last four teams standing in the NFL playoffs, and saw that the quarterbacks were Tom Brady, Aaron Rodgers, Pat Mahomes and Josh Allen. I guess it’s not impossible to win without an elite quarterback, but it sure helps.

Mike Tannenbaum: Yes, it does. Both Brady and Rodgers are much closer to the end than the beginning. But when you look at all the great young quarterbacks – the Dak Prescotts of the world, DeShaun Watson, Mahomes and Allen – the future of the league is really bright. There are a number of young quarterbacks who are talented, high character and charismatic.

BSP: The Bills went about 15 years without having a good passer, and they wandered through the wilderness through that time. You had some success with the Jets without one of those guys, reaching a couple of AFC championship games with Mark Sanchez as your quarterback. How tough is it to win in this league without an elite quarterback?

Tannenbaum: You can win with good defense and being opportunistic on offense. But, let’s face it – it’s dramatically harder. The way the game has evolved with the rules, it’s about scoring. A great example of that is the University of Alabama. You think about Coach (Nick) Saban – five, 10 years ago you looked at all of those great defensive players. They still are producing some players like that, but they also are so explosive and have so many great weapons now. What you see on Saturdays eventually plays out on Sundays. It’s about scoring. LSU, Alabama, and Ohio State are putting out so many skill players.

The development of the quarterback also impacts the other side of the ball. We’re seeing a lot more of these 225-pound linebackers. You look at Tremaine Edmunds of the Bills, for example. He’s a guy that 10 years ago probably would have struggled with a lot of lead and 2-back runs, where you have a 250-pound fullback pounding on you. That’s not what the game is now, and that’s one of the reasons why he’s excelling.

BSP: You’d probably only rank about a dozen quarterbacks who are first rate. Are they tough to find and/or tough to develop? Do some end up in the wrong system? Maybe it’s all of the above.

Tannenbaum: Part of it is that you aren’t really sure what’s being asked of the player. It’s also never apples to apples. I’ll give you an example. I thought Drew Lock (Denver quarterback) would have been a top 15 pick had he been at Georgia or Alabama. I thought Justin Herbert was the best quarterback in last year’s draft, but I thought there was a bias against him because he was out at Oregon. He’s playing at an exceptional level, like he did at Oregon, but a lot of people didn’t see it.

I think Buffalo deserves a lot of credit with Josh Allen. What he played with at Wyoming clearly wasn’t what teams were playing with in the SEC. Josh is a guy that really took football very seriously at Wyoming, and spent most of his time there at the football offices. He has tremendous character, and has tremendous physical traits. When you put those together – and add the fact that he’s obviously getting coached really well – the results speak for themselves. I think the Bills deserve credit for projecting the fact that his supporting cast at Wyoming held him back. You put Josh Allen on one of those SEC powerhouses, and you’re probably talking about the first pick in the draft.

BSP: Have you ever seen anyone improve his accuracy as much as Allen has so far in his career?

Tannenbaum: Studying the quarterback pyramid in the last 25 years, we used to look at games started. Coach Bill Parcells used to say that every 10 games started had a huge impact on development. Accuracy is a stat that we looked at. There usually wasn’t a lot of movement. What you were is what you were. What Josh has done is really remarkable. I attribute that to three things, starting with the aforementioned work ethic. To improve at anything that dramatically, you have to have an insatiable work ethic. People talk about hard work, and the proof is in the pudding. Second, what (Bills offensive coordinator) Brian Daboll done is historically good. It’s rare to see that sort of improvement. The third thing would be the play of the players around him. The presence of Cole Beasley and Stefan Diggs means that Allen doesn’t have to throw an “A” pass every time for it to be a completion. Beasley gets a lot of plays that are long handoffs, in that they are an extension of the running game. Diggs had an All-Pro year. So it’s a combination of those three things.

BSP: It was almost as if there wasn’t anyone in the league that could cover Diggs and Beasley, and I know there are great athletes out there in NFL secondaries trying to do that.

BSP: The Bills-Chiefs game obviously was disappointing to the fans here. What struck you about that game?

Tannenbaum: For the Bills to close the gap on the Chiefs, they need a better pass rush. That’s a priority. To me, another cornerback opposite Tre’Davius White is needed. But you need to get (to the quarterback) with four rushers. I think that’s why Tampa Bay has a chance in the Super Bowl. They have a good pass rush. For all the things Buffalo has done, that’s the one area of their defense that has to get better. It looked like Sean (McDermott, the Bills’ head coach) was going to play a lot of Cover-2. In the regular season game, the Chiefs just ran the ball a ton on the Bills. They stayed patient this time, and there were more explosive plays available in the playoff game.

BSP: It was still an exciting year in Buffalo, as they reached a conference game for the first time in more than a quarter-century. It seems like the Bills finally have some stability among the coaching staff and front office. How important is that?

Tannenbaum: There’s consistency there with Coach McDermott. He knows what he wants. From a front office standpoint, that’s an ideal situation. You’re going out and procuring the players that exactly fit what the head coach wants. You’re not going to hit every pick. That’s not going to happen. But it minimizes your margin for error. When you take a risk, at least everybody knows what’s involved. So when you get a Stefan Diggs, you can say that know he has the ability to be a game-changer, and here’s why. It all starts with a coach and his philosophy.

BSP: We went through a lot of coaches and front office workers in Buffalo before McDermott. One of them was Rex Ryan, who you hired to coach the Jets. The two of you had some success together. Were you surprised that it didn’t work out better for Rex here?

Tannenbaum: I was. Sometimes it’s just timing – the things you have, who has been added to the roster, who you are competing against. For whatever reason, it didn’t work out. I thought he would have had similar success in Buffalo to what he had in New York.

Tannenbaum: He has an incredible ability to process information, better than anybody. He gets the ball where it needs to be. I think that combined with flexibility has led to an unbelievably great career.

BSP: And he’s still doing it at age 43, which is remarkable. I never thought he still would be effective at this age.

Tannenbaum: Me neither. Every year with the Jets and Dolphins, I was hoping it would be the year he retired. He’s been remarkable.

BSP: Mahomes strikes me as a guy who is something like the Magic Johnson of quarterbacks. He comes at you with different arm angles, and improvises so well. I’m not sure I’ve seen anyone quite like this.

Tannenbaum: His athleticism is way better than you’d think it would be. He has short-area elusiveness and he has good playing speed. That’s a very underrated aspect of the game.

BSP: So how do you see the game going? Kansas City has brought almost everyone back from last year, and they’re in position to repeat.

Tannenbaum: The biggest question to me in the game is the fact that Mitchell Schwartz and Eric Fisher (on the offensive line) are going to be out for Kansas City. Tampa Bay has a really good pass rush. Shaq Barrett, Ndamukong Suh, and Jean Pierre-Paul – I think they can get there. Kansas City is going to make some chunk plays. They always do. But Mahomes is going to get hit. Tampa Bay has a really good defense that no one is talking about. Brady is going to play well. He’ll make some good throws. He made a couple of mistakes against the Packers that they were able to survive. But I think it will be interesting to see how Kansas City handles Tampa’s pressure. At some point, will Mahomes pay a price? While I favor Kansas City, the five offensive linemen are backups and have been beaten up. I think that will be a factor in the game.

BSP: Mike, what have you been doing in the football world these days?

Tannenbaum: It’s been great. I’ve been with ESPN, which has been a great platform to talk about all things from a front office perspective. I’m also with a think tank called the 33rd Team. It’s a bunch of coaches and GMs that puts out our thoughts and opinions about the league. We have guys like Greg Schiano and Jim Caldwell , Eric Mangini, Joe Banner. It’s also a forum for students get their foot in the door in football.

BSP: Do you miss the highs and lows of being an NFL General Manager?

Tannenbaum: There are a handful of days of year when you miss being in the locker room with good people, people that make you better and inspire you. There are so many great stories. With that said, I feel like I have a great platform at ESPN. I’m still learning a lot. I try to surround myself with people that make me better and challenge me. I also enjoy helping others get to where they want to go. There are a number of people in Kansas City and Tampa Bay that I have relationships with, and I’m going to root for them. It’s different now, and I still try to keep myself current. I’m trying to be the best broadcaster I can.