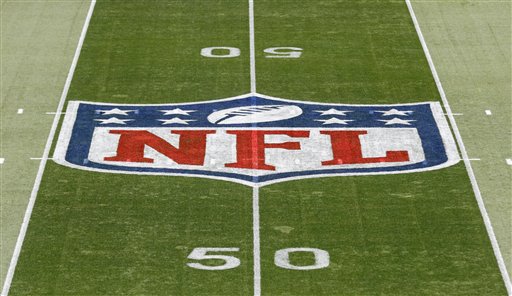 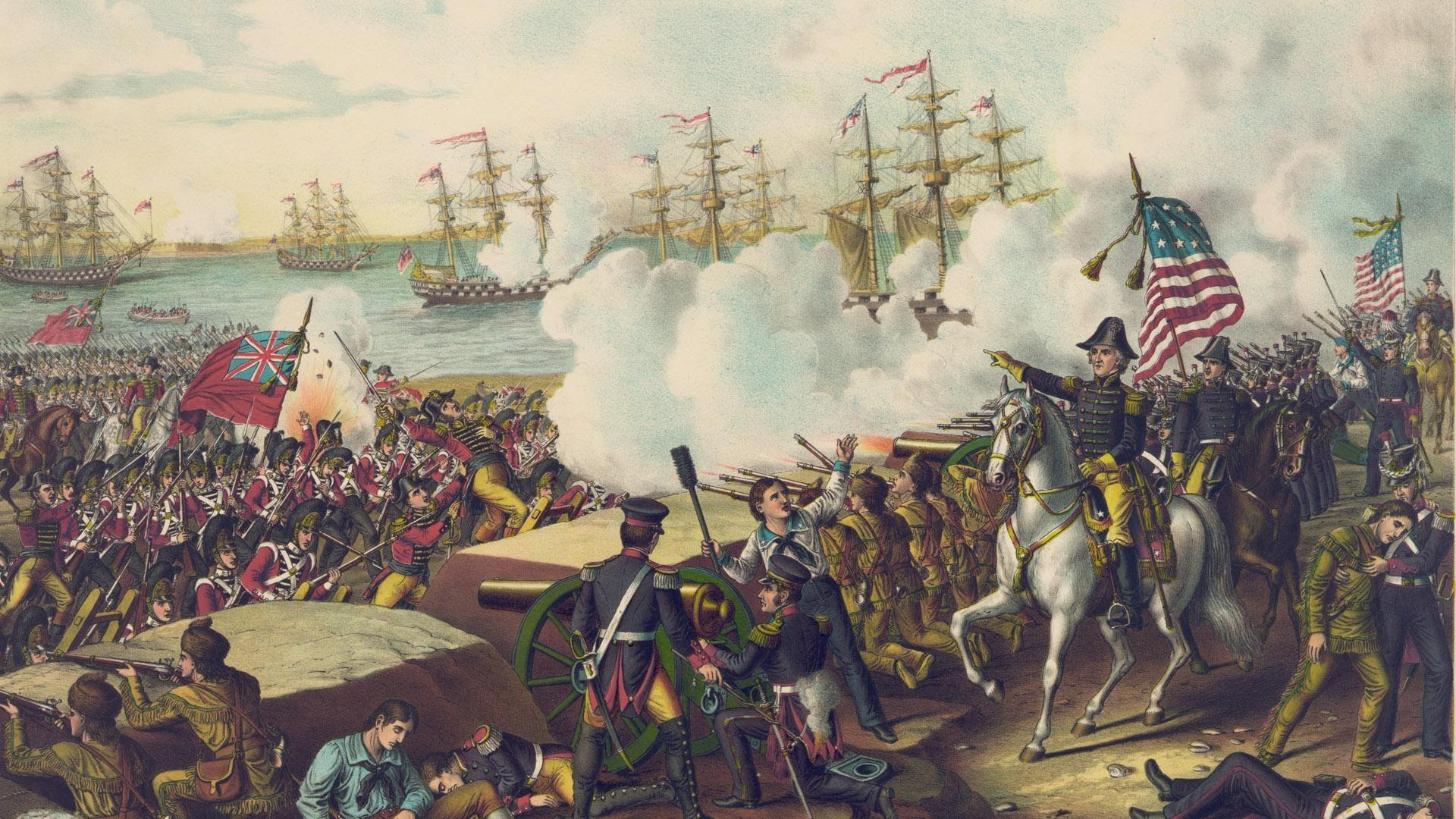 “Fixed fortifications are a monument to the stupidity of man.”

One of the brilliant proposals Donald Trump touted during the 2016 election campaign that made him very popular with his Neo-Con followers was his proposal to build a “Big, Beeeauuutivulll Wall” between the United States and Mexico.

After being elected and having A Republican majority in both the House of Congress and the Senate, the President was unable to pass any form of meaningful legislation in two years that would fund his Chinese Emperor ambitions to construct a massive physical manifestation of his ego’s endless largess.  Now the Democrats have control of the House and the current government shutdown revolves around their reluctance to fully fund his dream.

The President said this week that his idea was a Medieval one, but a good one because walls worked really well in Medieval times.  Really?  Well, even overlooking their massive cost to build and maintain, the racist aroma, and the dog whistle pretext to this border & immigration policy, it is a well established fact that long border walls never work for very long from a practical, humanitarian or historical perspective.

However, when you sell it as fear outweighing need, it is often appealing to certain people in a superficial way, …… and in 2016, superficiality was trending well, but maybe not quite so good this year. …..

Overlooking the irony that lots of illegal immigrants will end up building the structure that is designed to keep them out ( if it ever gets built), …. let’s take a brief look at history for some perspective.

The Romans started building Hadrian’s Wall in the north of England in 122 AD to sort of mark a terminus point between their territory and the feuding, argumentative Scotti, Pict & other Celtic tribes that made their life hell during their occupation of what is today England & Wales.  Unwilling to commit more troops to Britain, the Romans decided to keep the primitive northerners from Scotland ( and their allies from Ireland ) at bay by building a massive border wall along what is roughly the present day border between England & Scotland.

It was a dismal and expensive failure.

Although it sort of acted as a barrier at first, it evolved into just a border demarcation point for trade.  It was also supposed to stop the Celts in Scotland from raiding the cattle & grain stores vital to the Roman army in northern England, but it was always more about economic security than it was about military superiority.

As time went on, the wall got really expensive to maintain & still failed to prevent the Northern tribes from raiding in the South thanks to breeches in the wall itself, bribery, tunnels and shoddy record keeping masking massive fraud by the Romans themselves, as well as perpetual raids coming from the Irish Sea and North Sea coasts, both bypassing the wall.

There were 80 small milecastle forts across the isthmus dividing what is roughly modern day Scotland & England.  Between them were 14 to 17 full sized forts with full garrisons of soldiers.  A floating number of other fully manned garrisons wandered behind the lines.

The wall was not that effective & got so expensive to maintain that the Emperor Antoine back in Rome, decided to build a shorter wall 100 miles north that would come to be known as the Antoine Wall.  This barrier had more forts & employed more men although it was roughly half the length of Hadrian’s Wall.  Obviously, two walls became even more expensive to maintain.  The Antoine Wall did not function well as a first line of defence.  The whole situation deteriorated and the new wall lasted only decades before the Romans abandoned it.  A few decades later they left Hadrian’s Wall as well, leaving it to deteriorate under the elements like the archeological dinosaur it was when it was built.

Both of these walls were massively expensive, worked more as demarcation points than actual barriers during their brief lifespan and could be classified as dismal, expensive failures in their totality.  In the end, they were breached, bribed through, tunneled under, sailed around, sabotaged and ultimately ignored.  They did very little to make the Romans’ reign over Great Britain last any longer than it did.

The biggest, longest barrier ever built by man and the biggest failure.  More or less erected from the 7th Century BC on, …. to keep out various barbarian tribes, the wall with all its tributaries was built over a 1,000 years.  It ended up being over 13,000 miles long.  Many Chinese citizens involved in building it over hundreds of years were put into forced labour to erect & maintain it.  Their resentment helped fuel its ineffectiveness and eventual demise.  Through bribery, corruption, the building of secret tunnels, the aiding & abetting of intruders, and numerous other acts of sabotage made the wall more of a symbol than any functioning barrier.
It didn’t stop the Tartars or Mongols from taking what territory they wanted from China and should have been the ultimate tribute to the limitations of the long-term effectiveness of extensive barricades.

It did sort of partially work for brief periods of time after the Mongols, but in the end it proved General S. Patton’s quote that led off this article.

After the Armageddon-like carnage of World War I, the French built the heavily fortified, ridiculously expensive 450 mile long Maginot Line along the French border with Germany, Switzerland & Luxembourg.  They hoped it would prove impregnable.

The wall had the biggest fixed guns ever built into a structure at regular intervals, thousands of other artillery pieces, hundreds of thousands of soldiers connected by tunnels and underground railways that could swiftly move men and ordinates to reinforce any spot under attack or anywhere else they were needed. The French screwed up of course by leaving a massive gap in their defenses along their border with Belgium through the thick Ardennes Forest. They thought it could not be effectively passed through by the Germans and anyway, the Belgians didn’t want a fixed, fortified border with the French, their main trading partner.

In World War II, the Germans of course split the Allied forces by going through the Ardennes, but they still attacked the Maginot Line at some strategic points, mostly as a diversion.  They were surprisingly successful at several locations along the line and failed at others, but the battle for France was already lost.

So, even though the Germans only halfheartedly attacked the wall with minimal troops in a couple of places as a tactic without expecting a breakthrough, they managed to breech it and destroy the myth of its invincibility and deem The Maginot Line impotent.  According to war documents, the Germans were extremely surprised at how easily that came about.

The Berlin Wall was erected in 1961 because the embarassment to Communist East Germany & The Soviet Union became too much to take as Germans overwhelmingly chose freedom over Communism after World War II.  Prior to 1961, thousands of East Germans bribed officials, tunneled, cut their way through barbed wire, and even pole vaulted their way over the razor wire that separated West Berlin from East Berlin and the surrounding territory of Eastern Germany that completely surrounded West Berlin.

Many of course died in the process.

When the Wall was finished, it failed to completely stop defections and in and of its self became a symbol of the suppression of freedom.  Many martyrs were forged going through, over & under it, but thousands were successful.  Eventually it came down in 1989, an expensive symbol of totalitarian failure as Germany reunited.

Walls are testaments to the broad concept of insanity in a physical manifestation; repeating actions with the same flaws & behaviour, but still expecting a different result.

The very definition of insanity.

“A nation ringed by walls would only imprison itself.”

Maybe it will be different this time.  The Mexican Wall proposed by self proclaimed “Technology expert” & rocket scientist Donald Trump will be very modern, using all the latest technology.  That is more or less the same thing everybody said about every other wall ever built, going back thousands of years.

We leave with another quote from that well-known “Liberal” General Patton.

“You are confined only by the walls you build yourself.”

Patton was a real General who despite his many flaws of ego was forward thinking and innovative when it came to defeating an enemy.

Donald Trump is a backward thinking, petty man & even pettier fraud, only interested in trumpeting any straw dog to appeal to the ancient instincts of frustration, prejudice & bigotry to attain his own selfish goals and in the process feeding his massive ego.  The man doesn’t read, neither articles, scholarly papers or even heavily reduced, summarized briefing papers, let alone long, boring history books.  He also doesn’t care because he possesses even less intellectual curiousity than a previous remedial reading class leader, President George W. Bush.

Unfortunately, throughout history, this type of hype and hyperbole surrounding immigrants often works with an electorate as angry, depressed, confused & ill informed as we saw in 2016.  Many of those worst case Trump petitions, especially in this time and place, appeal to an angry constituency mostly indifferent & numbed to the true facts.

Ingrained notions of scapegoating, jealousy & greed work on people too angry, lazy, uneducated or unconcerned to learn the hard facts simply because they feel they have lost hope and have little left to lose.

Simple answers often appeal to people who don’t have the time to pursue breaking down the complex questions first.
Donald Trump could give a damn.  His goal is to better his already elevated position of privilege and feed his even bigger ego.

That trumps all else.

If he was alive, infamous extreme left winger George S. Patton would be shaking his head at our current inability to learn the lessons of history and our species’ seemingly suicidal urge to proverbially repeat it.