Will The NBA Pass The NFL As America’s Sport? 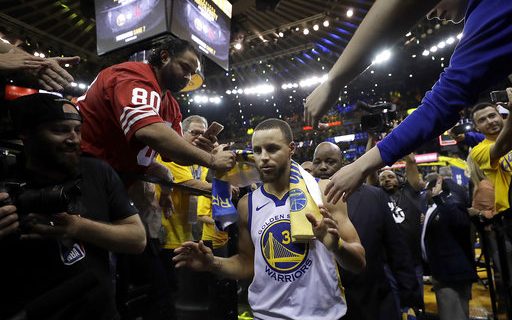 Is the NBA ready to pass the NFL as America's favorite sport? (AP Photo/Marcio Jose Sanchez)

Most Americans currently say football is the number one sport in the country.  The last survey I saw football held a healthy lead on the NBA.  But the NBA is catching up and if I were the NFL I would look at the NBA because in some areas they have an advantage over the NFL.  Here are some areas where the NBA is better than the NFL.

Adam Silver vs Roger Goodell.  It’s not really close.  Silver has the more progressive mind. Rumors were a year ago that NFL owners wanted to approach Silver to take over their sport.  Silver has been ahead of several issues.  First not testing for marijuana.  This has helped his relationship with the players.  Silver has a much better relationship with his players than Goodell has.  Second is gambling.  Silver has been talking about embracing gambling for some time.  The NFL still seems well behind the NBA as the country is passing pro-gambling laws. Silver even came out last week and talked about reducing the schedule and ideas about how to still keep revenue the same.  He just seems ahead of the curve on all issues.  He’s proactive and the NFL is reactive to many issues.

So many NBA players you know on a one name basis: Klay, Kemba, Embiid, CP3, Harden, Lebron, Kawhi, Russ, Kyrie, Giannis, KD, Step, etc.  The star power in the NBA matches or exceeds the star power in the NFL.  It could be the faces aren’t behind a helmet that helps.  The NBA star power I believe is younger than the NFL as well. Many of the NFL stars are older QB’s : Brady, Brees, Roethlisberger and Aaron Rodgers are all over 35 years old and will be out of the NFL in five years or so. I think the NBA does a better job of marketing their stars.

The NBA has been in the Olympics for years.  The Americans could send the college kids to win Olympic gold through the 70’s.  Things changed in the 80’s and the dream team was needed to bring the gold home in 1992.  There are over 100 international stars from over 40 countries on NBA rosters. Some of the best NBA players are from around the world: Joel Embiid (Cameroon), Kyrie Irving (Australia), Kristaps Porzingis (Latvia), Nikola Jokic (Serbia) and Giaanis Anteokounmpo (Greece).  Add in the fact that women play the game as well and it’s  the more international game for everyone on the planet.  The current NBA champion is Toronto.

Catching up on TV deal

The current NFL deal is slightly more in the US than the NBA.  The NFL TV deal is worth 27 billion vs 24 billion for the NBA.  However if you add in Canada and the deal that Rogers Communications has with the NBA then the NBA is slightly ahead rather than slightly behind.  Since the NFL has fewer games each game is more important so the ratings will always be higher for the average NFL game.  There is no way that will change.  Since the NBA has so fewer players each player makes more money.  The NFL has been concerned in recent years about ratings.  This might have to do with bad publicity.  No parent is worried bout their kid playing basketball but many parents don’t want their kids to play football anymore because of head injuries.

The NFL has always had the advantage that any team can win and more teams can go from worst to first in any given year.  That still maybe the case but with Kawhi Leonard going to the Clippers this weekend the excitement surrounding the Western Conference of the NBA this year is something we have never seen before in the NBA.  Both teams in LA the Clippers and the Lakers are two of the top teams in the league. The Warriors, Rockets, Jazz and Nuggets could win the west as well. We can’t forget about Portland, Dallas or San Antonio either.  That makes nine really good teams.  I didn’t even mention New Orleans with their new superstar Zion Williamson.  Two very good teams will be left out of the playoffs this year. The NFL always talks about parity but in many cases parity means average teams have a chance to make the playoffs.  In this case this year in the Western Conference of the NBA parity means 8-10 very good teams will all be fighting to make the playoffs.

For many years baseball was the number one sport in America.  That changed in the late 1970’s.  Now baseball is at best a distant third if not worse.  Times changes, the younger generations taste change.  You need to change with the times.  The NFL has been on top of the sports world for almost 40 years.  You can see if they don’t become more progressive than the NBA will end their run in the next 10 years.