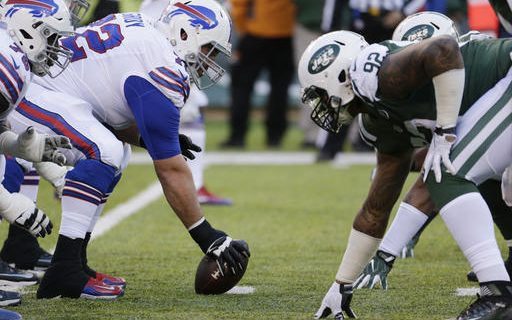 If you read many of the pre-season prognosticators then you will come to the conclusion that either the NY Jets or the Buffalo Bills will make a run at the playoffs this year. Both teams had good off-seasons where they improved their teams. Both teams have young quarterbacks that the fans bases have hope in. So which team is better suited to make a playoff run?. Let’s compare.

Most people around the league will tell you that Darnold is better than Allen. This in my mind comes from the opinion that coming out of college that Darnold was the better quarterback. If you look at what they did on the field last year then it’s closer than many people would expect. If you combine the rushing and passing totals for both then Allen had 18 touchdowns and 12 interceptions. Darnold had 18 touchdowns and 15 interceptions. Darnold did throw for more yards per game 220 vs 172. Darnold was almost benched half way through the season because of poor play. The Jets offensive weapons, although not great, were better than what the Bills put around Allen last year. Bills fans feel that this is much closer than the national media believes.

Both teams needed to upgrade what was around their young quarterbacks. The Jets went out and got the prized running back in Le’Veon Bell. Bell is a dual threat that sat out all last year with the Steelers in a contract dispute. The Jets also went out and got Jamison Crowder a free agent receiver from Washington. The top three Jets receivers are now: Robby Anderson, Quincy Enuwa and Jamison Crowder. The Bills added two receivers as well in Cole Beasley and John Brown. So the Bills top receivers are now :Beasley, Brown, Robert Foster and Zay Jones. Very similar. The difference in improvements is the Bills did more to help the offensive line. Mitch Morse, Quinton Span, Spencer Long and Cody Ford should upgrade what was one of the worst offensive lines in football. Will the combination of LeSean McCoy, Frank Gore, TJ Yeldon and Devin Singletary be as good as Bell? That remains to be seen but the major difference in these two teams is the Bills offensive line should be better than the Jets.

The Bills had one of the best defenses in football last year. Buffalo gave up 294 yards per game, which was second overall. The Bills didn’t need to improve too much but the addition of Ed Oliver should offset the loss of Kyle Williams. The Bills should have improved corners with the addition of Kevin Johnson and EJ Gaines. The Jets needed improvement on defense. The Jets gave up 380 yards per game which ranked them 25th in the league. This is one of the reasons Todd Bowles got fired. The Jets improved with the addition of CJ Mosley at linebacker and high first round pick DT Quinnen Williams from Alabama. The Jets brought in former Bills coach Gregg Williams as their new defensive coordinator. Although the Jets are improved on defense I believe most observers would give the Bills the edge on the defensive side of the ball.

The Jets were a mess in the off-season. Adam Gase pouted at the draft and took a seat high in the upper corner. This put CEO Christopher Johnson in a tough spot. He needed to fire GM Mike Maccagnan just three weeks after he gave him total control over their important draft selections. Adam Gase the new head coach has a ton of power in the organization. Joe Douglas was brought in after the fact to be the new GM. Still around the league eyes were rolled about another bungling of the Jets mismanagement. The Bills are more stable at this point with Brandon Beane and Sean McDermott. I don’t know any Bills fans that would trade McDermott for Adam Gase straight up. Gase never impressed too much in his tenure with Miami. The Bills have the edge when it comes to the front office.

The Bills and Jets schedule overall are very similar. The major difference is the Jets have a brutal start to the season that could put them behind the eight ball from the start. No Bills fan would say their opener vs the Jets is a must win. However for the Jets they need to beat the Bills or they could start 0-7. After the Bills the Jets play the: Browns, at New England, at Philadelphia, Cowboys, New England and at Jacksonville. Their schedule gets easier after that but still it is November at that point. They easily could start the season 2-5 and the New York media will be howling. On the other hand the Bills have the Giants, Bengals, Dolphins and Redskins in their first seven. The Bills should get off to a much better start and the Jets will be playing catch-up all year.

Although most of the national media will tell you the Jets are more poised to make a playoff run then the Bills I believe that conclusion is suspect at best. The Bills have the better offensive line, defense, coach and schedule to start the season. Darnold vs Allen is much closer than most people think. In my mind the Bills are the better choice to be in the playoff hunt come late November than the Jets.