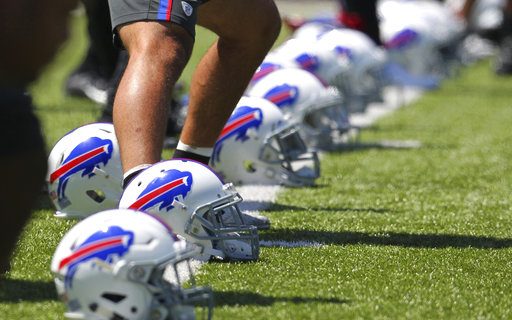 New offensive coordinator Rick Dennison has always appreciated the tight end position at his previous stops in Baltimore, Houston and Denver. Now in Buffalo, does he have the weapons at the position, and a quarterback who can get them the ball? I’m not sure on either front. Clay will never live up to his contract, but that’s not his fault. It’s not his fault that the Bills hugely overpaid to get him away from Miami, and not his fault that Tyrod Taylor struggles to complete TE-friendly routes. What he can control his health. While he’s started no less than 13 games each of the last four years, he always seems to be battling some kind of injury that limits his effectiveness. Clay is a very good weapon when used right and feeling right. I expect Dennison to work hard to get him the ball.

Beyond Clay, there is not much to get excited about. O’Leary is an undersized, try-hard guy who is likely never going to be more than a short-route catcher and backup. That just makes him just like most NFL backup tight ends. But it screams for an upgrade with a more athletic player. Maybe that’s Thomas, the converted Virginia Tech quarterback. A big if, and this is likely his last chance to show the Bills (or any NFL team) that he can make the conversion. Saxton has some experience and ability, but like the rookies Croom and Towbridge, is an unknown.

The free agent dance with Gary Barnidge interests me. He was very good on some bad Cleveland teams who had no other real weapons. But he’s a proven NFL tight end who can make plays. Barnidge would be perfect as a #2 tight end paired with Clay, but it has to be at the right price. At some point, if he signs, I could see him being a bigger part of the Bills offense than Clay.

Overall, this is only a strong Buffalo position if Clay is healthy and the offense finds ways for Taylor to get him the ball. Clay did have 51 and 57 catches the last two seasons, so it’s not a disaster. But it just seems like Clay could be used in more creative ways. I expect the Bills to try very hard to do that.