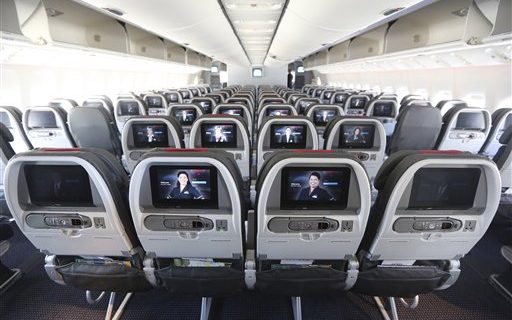 Will the Bills season be a trip in first class, or will it feel like being stuck in the middle seat of the back row? (AP Photo/Mary Altaffer)

The outlook for the Bills this year is partly to mostly depressing.

According to most national publications chances of the team matching or exceeding last year’s 9 – 7 record are as likely as Beyonce appearing in an L.L. Bean clothing catalogue.

Even Las Vegas oddsmakers have boarded the Bills’ backward moving bandwagon. They list the Bills Super Bowl chances at 200-1. To place this in proper context Cleveland, the perennial Motel 6 of football teams, is listed at 80-1.

The optimist in me wants to dismiss this ugly pile-on as payback by sportswriters who resent the Bills for co-authoring, with Jacksonville, last January’s 10-3 eye-wince that many labeled, and rightfully so, as the worst playoff game ever.

But if this were the case Jacksonville too would be getting dissed rather than pegged as a lock for double-digit wins with Super Bowl aspirations.

Why The Prognosticators Are Right

“Gel as a unit” is a phrase offensive linemen often echo as a prerequisite for success. The more reps together the more cohesive the unit. But less than a week from the start of the season and the team just announced its starting center.

Consequently the Bills offensive line has more question marks than the Riddler’s outfit. The losses of guard Richie Incognito and center Eric Woods were never adequately addressed. Yet even with them the line last season was average at best, yielding 47 sacks.

The weakness of this unit got exposed in the preseason. When playing against Cleveland’s and Cincinnati’s first team defenses the offensive line struggled. Holes for the running backs were few. Time for the quarterbacks scarce. Success measured not by points but by the occasional first down.

Ignoring offensive line troubles is like ignoring a car’s oil light. Don’t replenish and your vehicle, regardless if it’s an Audi or a Porsche, it isn’t going to move. Seattle was a prime example of this last season. Even with Russell Wilson, Jimmy Graham, and Doug Baldwin the offense, behind an inadequate offensive line, floundered.

Couple in an inexperienced quarterback and by October disgruntled Bills fans may be wearing “Disbillieve” caps.

Why Prognosticators Are Wrong

The Sean McDermott Factor. Last year’s team finished 26th overall in defense and 29th in offense. These are the statistics for a team competing for the first overall pick. Yet McDermott guided the Bills into the playoffs, not so much with X’s and O’s but with self-belief and trust. It’s an intangible that can’t be measured, but an intangible McDermott has the players mentally drunk on.

Last year’s team was like a coach passenger who somehow lucked into first-class seating. I don’t see it happening again this year. Record: 5 – 11.