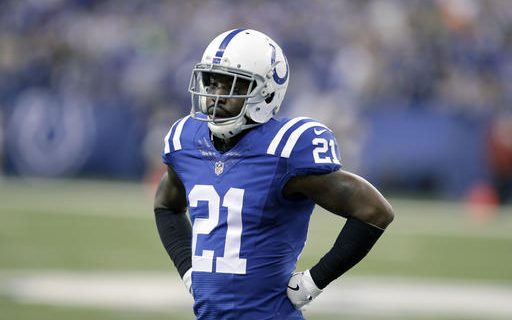 The Bills have signed veteran cornerback Vontae Davis to a one year contract.  Davis broke the news with this Twitter post on Monday night:

Davis is 29 years old, and a former first round draft pick of the Dolphins in 2009.  He spent the last six years with the Colts.  In 2017, Davis played only five games due to a groin injury.  A disagreement with the team over the injury led to his release.  He has started 112 career games, with 22 career interceptions.

The Davis signing appears to be directly related to E.J. Gaines impending free agency.  Did the Bills come to the conclusion that they could not, or would not, re-sign Gaines?  Is that why they signed the veteran?  Gaines, acquired in the Sammy Watkins trade, played very well when he was healthy. But he missed five games.

Spotrac.com projects Gaines market value at over $9 million dollars a season.  That could be more than the Bills are willing, or able, to pay.  Backup corners Leonard Johnson and Shareece Wright are also free agents.

I would have concerns turning over the starting spot to Davis. While a steady veteran, is he past his prime at soon to be age 30 and coming off a groin/core injury and surgery?

I would love this signing if it’s meant for depth, a fallback plan or some veteran influence.  If it’s meant to fill the starting spot, I need to be convinced.

I know that Sean McDermott’s system does not require lockdown corners, and the emphasis on zone coverage makes it easier on the corners.  Maybe that’s how Davis will be successful.

There are enough holes to fill that the Bills don’t need to have to draft a potential starting corner, even though they did that last year with Tre White.