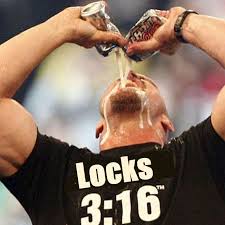 Although four of the favorites in the NFL won last week, only two covered the spread. Three games went over, two under and the Bills game pushed (tied). I think Vegas has done a great job on the odds this week.

They seem to be right on, which means, I see every game, betting with the odds or betting the Over/Under as a 50/50 bet. So what can you do to improve your odds? Something I do often. Make a “Teaser” bet.

Odds makers allow you to change the odds in a teaser bet, but in doing so, if you win, you win much less. But a winning bet is better than a losing bet any day.

Tampa Bay and New Orleans both averaged 30 points per game this year. The O/U for their game Sunday is 52. Both teams went 9-6-1 for O/U bets this season. I like a 7-point teaser bet over 45.

Baltimore and Buffalo both went 11-5 against the spread during the regular season, so I don’t like the spread here. Baltimore’s defense is at full strength and their running game is outstanding. The Bills Achilles heel is the run game, due in a big part to Tremaine Edmurds, who constantly gets pushed around and knocked down when teams run up the middle. The O/U for this game is 50. Therefore a 7-point teaser bet would be 57. Baltimore games have gone over 57 only twice this year.

I’m putting these two teaser bets together in a parley. Take the New Orleans’s game over 45 and parley it with the Bills game under 57.

The Rams quarterback situation is in question with both Goff and Wolford banged up. Banged up as well are Aaron Donald and Cooper Kupp. Great win last week for the Rams but now on the frozen tundra with Aaron Rodgers and Devante Adams waiting for them. I’ll take the Pack to win.

Saints beat the Bucs the first two times, but the saying is it’s hard to beat a good team three times. Tampa is a much different team now and TB 12 has figured it out. Tampa is averaging 34 points since their second match-up. Tampa has a lot of weapons to keep it close.

Let’s call it the BAY OF PIGS TEASER.

One of the better games on the hard court is a noon start between Illinois and Ohio State. Illinois is one of my favorite teams in the country this year. PG Ayo Dosunmu and C Kofi Cockburn have been together for a few years now and their chemistry is high this season.  The Illini are coming off a disappointing loss at home to Maryland.  They will be looking to bounce back with almost a week off. Ohio State has played well this year with their offense running through EJ Liddell.  This is going to be a terrific match-up with Cockburn on Liddell.  Dosumnu is averaging 24,5 and 7 and I expect him to control the game and get Illinois back in the win column.

The battle of the aging quarterbacks.  New Orleans is going to score in this one.  Michael Thomas just back from injury is rolling into form.  Everyone scores on Tampa’s defense and the Saints will be no different.  Everything is starting to click in Tampa.  Antonio Brown is coming alive along with all of Tampa’s weapons.  Brady has better weapons than ever before.  He’s throwing to seven or eight targets a game.  This is a much more versatile offense than he ever had at New England.  This should be a good game, but I think a good number of points will be scored.

The Bills did a great job on Lamar Jackson last year.  He was held under 200 yards of total offense.  That was the only time he was held under 200 yards all last year. Baltimore plays a very aggressive defense.  They blitz more than any team in the NFL.  That worked last year against the Bills.  But, this year the Bills have killed teams that try to blitz them.  The addition of Stefon Diggs and the improvement of Josh Allen have allowed the Bills to burn the blitz as well if not better than any team in the NFL. Wink Martindale will blitz, I can’t see him playing back like the Colts did.  With the spread under a field goal, you just basically need the Bills to win.  I like the Bills to get the victory.