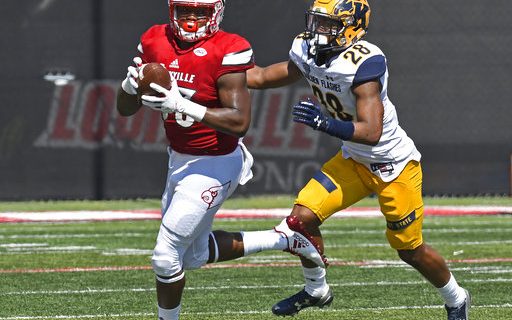 The end of September always brings an exhale from college football fans – or at least it should.

After all, it’s the end of “mismatch” season.

The quality of those nonconference games varies greatly, with a few made-for-TV spectaculars (Alabama vs. Florida State) added to the mix. However, most of the big programs often schedule a couple of games against visiting teams who probably shouldn’t be on the same field as the powerhouses. The smaller schools can use the guaranteed paycheck for making the trip, so they take the money to help pay the bills while for the most part getting beaten up. It’s interesting that the small school’s players often like the idea of having a chance at being turned into tackling dummies. They get to see how they match up against top players and teams and play before big crowds – a taste of the big time. Still, it’s not usually riveting entertainment for the fans at home and on TV.

The smaller schools need someone to beat as well, and that turns their schedule a little schizophrenic. The University at Buffalo finished its non-conference slate on Saturday with a win over Florida Atlantic. It was a relatively even game, as was the Bulls’ contest with Army earlier in the season. But UB also played Minnesota, a Big Ten school, and Colgate, which is not a Big Ten school, this month. Those two football teams usually aren’t found in the same sentence.

Sometimes the strategy can backfire. Ask Syracuse, which lost to Middle Tennessee in Week Two this year. And there was Appalachian State’s legendary upset of Michigan in 2007. But for the most part, the small schools are dispatched with ease.

Is there any sporting activity where mismatches are accepted so readily? OK, college basketball has the same problem as its football counterparts. You may have noticed that Duke stays pretty close to home and beats up on weaker foes until January 1, unless there’s a tournament or a made-for-television match-up. Several other schools do the same thing.

All the “small schools” can do in September is try to avoid having their season spoiled. UB did that with its 2-2 record, matching last year’s victory total already. The MAC East doesn’t look overwhelming this season, so it’s at least possible that UB could win four games in conference play and sneak into a bowl. A .500 record (6-6) isn’t a high bar for success, but it would be a sign of progress here.

College football fell into this scheduling system as conferences grew in power and the haves and have-notes separated. I’d be hard-pressed to come up with a logical plan that would work better. But you’d think there should be a better way to do business that would create better games and more interest.