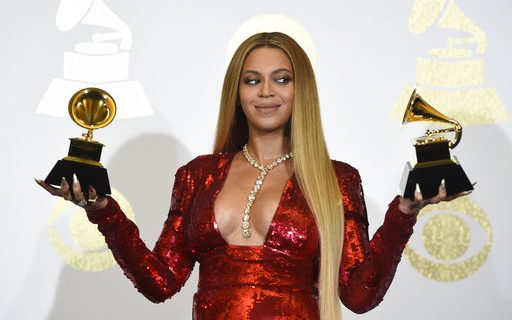 What does Beyonce have to do with salaries in sports? Budd Bailey has the answer. (Photo by Chris Pizzello/Invision/AP)

Veteran columnists are quick to tell you that ideas for articles are precious; you don’t let one get away. I’ve been reminded of that while writing for Buffalo Sports Page these past few weeks.

In this case, the idea came during a group conversation that included a couple of people over a meal after a road race. The Bills’ upcoming season came up, and one of the people said in effect, “I don’t follow the Bills, or any pro sports, any more. It’s all about the money for those guys. The salaries are ridiculous.”

Such complaints have been heard since the 1960s, although most people have gotten used to the idea that athletes will earn large salaries. No one is saying that a basketball player “deserves” more money than a cancer researcher, but that’s part of the capitalist system – people are willing to pay to see great athletes.

I held my tongue, figuratively of course, from giving my new friend a speech on such matters. But that doesn’t mean I can’t offer three points here on why he’s wrong:

It’s a big pile of money

We are talking millions and millions of dollars here, with gate receipts and television rights fees leading the way. The players are certainly the main attraction in the equation, as no one ever paid to see an owner own. The athletes deserve a fair share.

But owners took some risk in starting the franchise, and money is needed to bring the games to the public – either in person or through the media. The exact numbers for splitting revnues depend on the sport, but it’s roughly 50-50 in the major sports. That sounds fair to me.

The love of the game

Today’s athletes love participating in sports just as much as any other generation. One time I was talking to then-Sabre Derek Plante about hockey’s economics. I said that no one would play a sport enough to get good enough to be a professional – hours and hours of practice – if he or she didn’t love it in the first place. Derek agreed, and added, “Growing up, I knew that the only way I could get to go to college is to earn an athletic scholarship.” He did exactly that at Minnesota-Duluth, a nice reward for doing something he loved. Everything else – a nice pro hockey career, his current coaching job with the Blackhawks – has been gravy.

Beyonce earned $105 million in 2017, thanks to a big tour and a successful album. Does anyone complain that she’s only in it for the money? We’ve always paid those who entertain us well. Athletes should not be different.

And if you still aren’t convinced, don’t pay attention to the stories about money. They are relatively easy to avoid. If it makes you feel better, don’t buy a ticket – just watch on TV. Then  sit back and watch the greatest athletes in the world do what they do best. I think you’ll be entertained.

Budd Bailey always has an interesting opinion on the world of sports.  Read more of them here.