Buffalo Celebrates With The Eagles 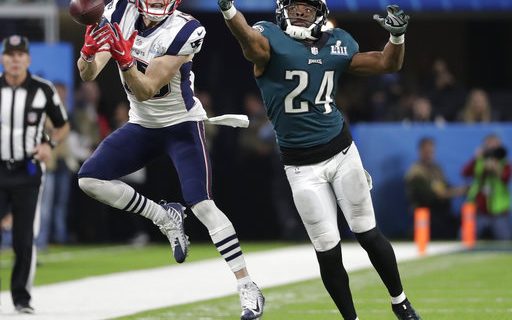 A Patriots loss in Super Bowl 52 would be enough to make all Buffalo sports fans celebrate.  Aside from Philadelphia, there may not have been another city cheering as hard for the Eagles to win.

There are also a number of Buffalo-related reasons for every WNY football fan to feel good about Philadelphia’s 41-33 win over New England.  Two Buffalo natives play for the Eagles, two Philly assistant coaches have ties to WNY, and three former Bills are current Eagles players.

It starts with Frank Reich.  The beloved former Bills quarterback finally has his Super Bowl ring.  It came in his 6th appearance in the Big Game.  Reich went to all four Bills losses, and then suffered another loss as an assistant coach with the Colts.  Reich is the Eagle offensive coordinator, who played a big role in preparing Nick Foles to replace Carson Wentz and play well enough to earn the Super Bowl MVP trophy.

Buffalo natives Corey Graham and Steven Means are bringing home Super Bowl rings.  Graham, the graduate of Turner Carroll High School, had 8 tackles in the game.  Graham is also a former Bills player.  Means was the Eagles player dumping Gatorade on Head Coach Doug Pederson at the end of the game.  The Buffalo native and UB Bulls alum was inactive for the game, but was on the sidelines.

Eagles Defensive Coordinator Jim Schwartz is another former Bills assistant, having led the Buffalo defense in 2014.

Former Bills players Nigel Bradham and Ronald Darby were key players on the Eagles defense.  Bradham had 7 tackles in the game, Darby had 4 tackles and 2 passes defended.

Former Bills player Jason Peters was injured and did not play, but was on the field for the opening coin toss as one of the Eagles captains.