Buffalo Connections to the Super Bowl 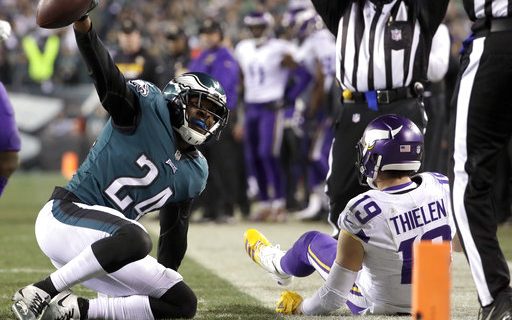 The Super Bowl is all set.  It’s the Eagles vs. Patriots.  That means we all know who most Buffalo fans will be rooting for, or against.

But both teams have a healthy amount of players and coaches with Buffalo ties.  Which might make it easier (or harder) for WNY fans to decide who to root for.

Rob Gronkowski:  The Amherst native and Williamsville North High School alum will play in his third Super Bowl.  That is if he plays.  His status, following the concussion he suffered against the Jaguars, will be the big storyline of the next two weeks.  Regardless of his status, expect plenty of Gronk Family coverage from Minneapolis.

Corey Graham:  The Buffalo native and Turner Carroll High School grad is in his first season with the Eagles, following three years with the Bills.  Graham’s interception in the fourth quarter was a huge play in the Eagles win. This is Corey’s second Super Bowl, having played for the Ravens in Super Bowl XLVII in 2013.

Steven Means: The Buffalo native, Grover Cleveland High School grad and former U.B. Bull has been a backup defensive lineman for the Eagles all season.  Because of Philly’s depth at the position, he’s been inactive for all but six games and the entire postseason.  But the Eagles players talk about the positive effect of his leadership, team-first attitude and preparation.  He joins recent Bulls like James Starks and Jamey Richard to play in the Super Bowl.

Former Bills on the Eagles

Ronald Darby:  Starts at cornerback, and has played well.  He was sent to Philly before the season in the Jordan Matthews/Sammy Watkins/E.J. Gaines transactions.

Nigel Bradham:  Starts at linebacker.  Signed with the Eagles as a free agent.  He was among their leaders in tackles.  Drafted by, and played for the Bills from 2012-2015.

Jason Peters:  On injured reserve, and won’t play in the game.  Started the first seven games at left tackle before a knee injury.  Spent 2004-2008  in Buffalo before being traded during a contract dispute.

Frank Reich:  The Eagles offensive coordinator, given a lot of credit for their success with Carson Wentz and Nick Foles.  Of course, remembered in Buffalo as Jim Kelly’s backup and the man who led The Comeback win in 1993.

Jim Schwartz:  The Eagles defensive coordinator, joined Philly after a successful 2014 running the Bills defense.  Forced out when Rex Ryan was hired.

Former Bills on the Patriots

Chris Hogan:  A key member of the New England receiving corp.  He has six combined TD in the regular and postseason. Spent 2014 & 2015 in Buffalo before leaving as a free agent.

Stephon Gilmore:  Starting cornerback for NE.  Made a game-saving pass breakup to clinch the win in the AFC Championship. A  former Bills first round draft pick who left as a free agent.

Mike Gillislee:  Patriots running back who has not played in the playoffs.  Has been battling a knee injury. A free agent find for the Bills in 2015 & 2016, he signed with the Pats as a restricted free agent.

Alan Branch:  A Bill during 2013, he is a rotational defensive tackle for the Patriots.  he has been inactive for the playoffs.