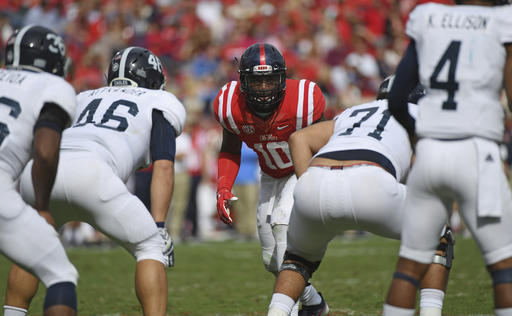 With the different schemes it’s getting harder to put players into categories. What I’ve decided at this point is to simplify the categories.

1-Christian Wilkens, Clemson- played DE too, but think he’s best at a 3 technique.
2-Vita Vea, Washington- light on his feet, was a wildcat QB in high school.
3-DaShawn Hand, Alabama great at taking on double teams and allowing other to roam in Saban’s system.
4-Derrick Nnadi, Florida State- great nose tackle with more pass rush skills than you usually see from that position.

5-Maurice Hurst, Michigan- one gap player that lives in opponents backfields. Only 280 lbs, which is a concern.

1-Malik Jefferson, Texas- a tackle machine with high upside. Guys two and three on this list might be better players right now.

2-Cameron Smith, USC -will not wow at the combine, but a great football player with great instincts.
3-Azeem Victor, Washington- he’s the key to the Huskies defense. Always in the right spot.
4-Jerome Baker, Ohio State- think of Darron Lee, former Buckeyes player.
5-Tremaine Edwards, Virginia Tech- long and rangy could play inside or outside.