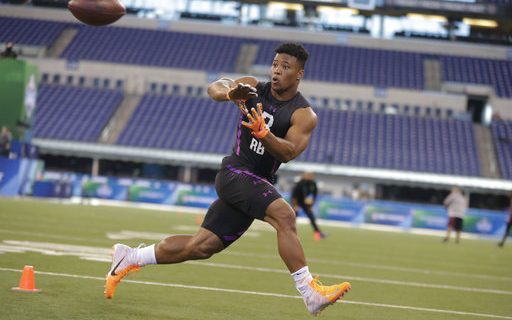 Once the annual NFL Scouting Combine gets going in Indianapolis there is always plenty of NFL news. How the prospects do can top the headlines, but there is also plenty of news concerning potential trades, free agents signings and cap casualties. With the new league year and free agency starting in less than two weeks, we will be deluged with NFL news in the coming days and weeks.

That being said, let’s talk about Combine related topics. The first person to talk about is all the news surrounding Louisville quarterback Lamar Jackson. As you all know, former Bills General Manager Bill Polian caused quite a stir two weeks ago when he stated that he felt Jackson’s best NFL position is wide receiver and not quarterback. After that news came out, Polian took quite a number of hits from people questioning everything from his sanity to his ability to evaluate players.

At the time I tweeted that I was shocked people were taking so many shots at Polian given his record as a General Manager and his Hall of Fame status. I also stated that I knew for a fact that there were a number of NFL people who felt the same as Bill. They just didn’t go public with their thoughts.

Friday at the Combine it was announced that there were teams that had requested Jackson not only work out as a quarterback but also as a receiver. This in and of itself confirms that what I said was true. There are clubs that think he MAY be a wide receiver.

To give you a little background on the Combine, teams ask for alternate positions workouts of players all the time. Last year for example Stanford running back Christian McCaffrey was asked to work out as both a running back and a wide receiver. On the defensive side of the ball, there are always several players who were primarily defensive linemen in college who are asked to work at linebacker. The purpose is to find out if the player can drop into coverage.

With the athleticism that Jackson has, it is not unusual to be asked to work at a different position. For people to make a big deal about it is absurd. This is what the Combine is about….to find out about each player invited. Just to add, if a player is asked to work at a second position, the player is under no obligation to do that extra work. All it is, is a request.

Going into Indy, Oklahoma offensive tackle Orlando Brown was thought to be one of the two or three best tackles in the Draft. After his workout yesterday, Browns stock may take a huge hit and while it’s a certainty that he won’t get drafted in the first round, he probably won’t go in the second round either.

On tape, Brown is a dominating tackle who shows he can destroy opponents as a run blocker and can be very tough to get around while in pass protection. If you watch the tape closely, you will see that he isn’t a top athlete.  But he is just big, strong and powerful.

His workout though showed that he wasn’t just an average athlete, he was a poor athlete with no speed, quickness or explosion. He had the slowest 40, the worst jumps and the worst bench press. How can his tape look so good and his workout look so poor? It’s really an easy answer, it’s because he is so big. During the year he played at about 360 – 370. He was trying to get down to about 335 for the Combine and while he didn’t hit that goal he got to 345. Orlando has a soft body, he is just naturally strong and powerful and not weight room strong. At Indy the test for strength is how many reps a player can do of 225 pounds. That is really more of a strength endurance test not a pure strength test. In football, the power an offensive lineman has does not come from his chest but rather his hips and butt. Trust me, Orlando Brown is a powerful man but he needs to get in better shape and tighten up his body. While he won’t go nearly as high as he thought, he will still get drafted and he will still become a starting tackle in the NFL. While he played on the left side at Oklahoma, he will be a right tackle in the NFL.

One of the best interior linemen in this Draft is Ohio State’s Billy Price who has been a starter at both center and guard while in college. Thursday during the weight lifting test, Price tore a pectoral muscle. While the injury is a setback and may hurt his draft status some, he should be able to play this season.

That type of injury is usually about a five to six month recovery following surgery. It has been reported but not confirmed that Price suffered only a partial tear. While that may be the case, it is still a severe injury. Still, the worst case scenario is that he misses just a few weeks of training camp and probably will be ready to go when the regular season starts.

There was a chance that Price could have been drafted in the mid to late first round. While that may not be the case now, I would think that he goes no later than the second round if most clubs medical staffs feel good about recovery.

Barkley did exactly as expected and had an outstanding Combine workout. His numbers compare very favorably and even better than Zeke Ellliot and Leonard Fournette, who were top five picks in each of the last two Drafts. I think that after Friday’s workout, not only will Barkley be a top five selection, but more than likely a top two or three pick. Don’t be surprised if the Giants take Barkley at number two. Giants GM Dave Gettleman took Christian McCaffrey at seven last year when he was the Carolina GM. Barkley is a better player than McCaffrey.

Greg Gabriel on the Bills focus for the Combine.