Gaughan: LeBron To The Lakers 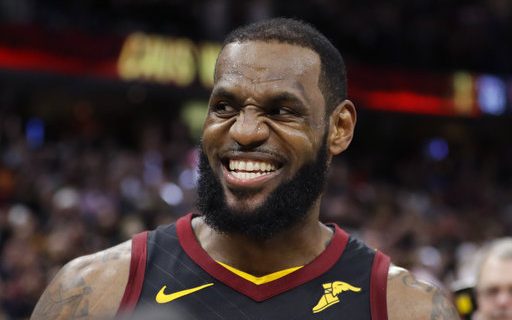 LeBron James is headed West to Los Angeles, and Bob Gaughan has some throughts on how this will shake up the NBA. (AP Photo/Tony Dejak)

Lebron James made it official by signing a four year, $153 million contract to go to the Los Angeles Lakers. This was the favorite all along so no real shock that he decided to go to LA. Family has always been important to Lebron and he has a home in LA. Rumors were swirling for weeks that his kids were enrolled in LA schools so this wasn’t a shock. He now sets up his post-NBA career as well, if he does in fact want to get into a acting career.

Signing a four-year deal means he is in for the long haul in LA. Lebron is 33 and he is committed to be in LA until he is 37. This you would have to think is the final dominant years of his career. He’s the best player in the NBA now but by the time the deal is done it’s hard to believe that he would still be as dominate, as he was this year.

Leonard to L.A. Too?

The Lakers at this point don’t have the cap room to get Kawhi Leonard. I think Leonard goes to the East for one year and tries to get to LA next year. This Lakers team now becomes relevant again. This is good for the NBA. It’s always good for business when your marquee franchises are good. The Lakers, according to Vegas, have the second best odds to win the title. I don’t think the Lakers are there yet this year. You certainly can make a case that the Lakers have a better cast around them than the Cavs gave Lebron last year. Problem is the West is loaded with Golden State and Houston so getting out of the West will not be as easy for Lebron as the East has been for his entire career.

The city of Cleveland shouldn’t burn any jerseys this time. Lebron delivered on his promise to bring the city a championship. The Cavs last year have only themselves to blame. The team they surrounded him with last year was pitiful. This doesn’t have the same feel as it did the last time he left Cleveland. They should be grateful for what he gave the city.

The NBA may push for a 16-team playoff that seeds regardless of conference. The West is so loaded now that I could see the powers that be wanting to try to get a Lakers-Warriors final and not have that be the Western Conference final. There has been talk of this for sometime and Lebron being in LA will only push that conversation forward.

Every major star that has left another team to go to LA has brought a championship. Wilt, Kareem, Shaq all brought the Lakers rings. Will Lebron’s name be added to the list? This remains to be seen, but one thing is for sure. Showtime is back in LA again for next basketball season.