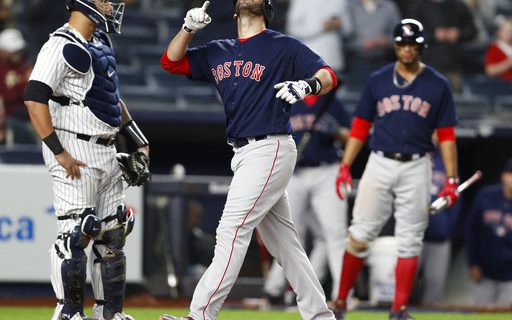 As a die-hard Red Sox fan I have lived my entire life involved in the Red-Sox and Yankees rivalry. I lived through the heartache of 1978. It pains me to think of Bucky “Fu^&*!” Dent to this day. As disastrous as 1978 was the 2004 season was just as magical. Coming back from 3-0 was a night I’ll never forget. This year things seem different and potentially magical as well. The importance of 1978 and 2004 are that those are the only 2 years that the Red Sox and Yankees both won at least 98 games. This year both teams are on pace to win over 110 games. Those years were magically and this year is setting up for another memorable year.

Both Teams At The Top

This brings us to this year. This year the attitudes seems different than the past. This is the first time that both teams appear to be at the top of their game since the Red Sox got the monkey off their back. Watching the three game series this week in the Bronx it appears that these are the two best teams in baseball. The games had a playoff atmosphere to them and it’s only May. Can you imagine what it will be like if they met in October?

The Red Sox started off the season 17-2. The Yankees just played the four top contenders in the American League and went 11-2. The Yankees are so hot that they got Ken Giles the Astros closer to punch himself in the face after costing his team a game. Both teams sit atop the AL East. More importantly both teams appear to be set on a collision course in the playoffs.

Baseball has fallen far behind football and basketball in recent years. Baseball needs the Red Sox and Yankees to go at it all year long. The ratings for a baseball playoff games in recent years have gotten smoked by the Pro Bowl. It’s embarrassing how far things have fallen. There was a time that David Halberstram would write a book about the “Summer of ’49” when the Red Sox and Yankees clashed for the AL crown.

The Yankees have the best batting order in the game. Top to bottom it’s scary what line-up the Bronx Bombers can throw at you. Judge, Stanton & Gregorius will strike fear in the best pitchers in baseball. The Red Sox are determined not to burn their starters out in regular season this year. Chris Sale was toast by the post season last year. When healthy the Red Sox starting pitching is the best in baseball. This sets up for a classic confrontation.

The 2018 season ends with the Yankees traveling to Fenway to play a three game set. What baseball needs is this not be the last time these two teams play this year. Ending the regular season could be important but baseball could use Boston and New York to have an epic seven game post-season match-up.