Good, Bad, and The Hound: Tyrod, McD, and Thin Skin 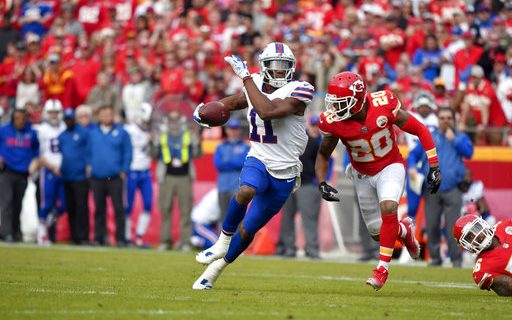 The Bills won. After joining the rest of the media, prognosticators, and most Bills fans in picking the Chiefs to win, I had a hunch the Bills would win the game. I even said so on our weekly show on WECK 1230 AM, telling Paul Peck “This is the type of game the Bills win”. Nobody gave this team a chance at Arrowhead, and they rallied around that and won.

Tyrod Letting it Loose. Early in the game anyway. It was good to see him make some throws. Of course, he shut it down to not turn it over, which was exactly his game.

Return of the Defense. At least I think. Tom Brady and the Pats next week will let us know if it’s true.

The Game Itself. That was not an entertaining product put out by 2 NFL teams. It was putrid at times.

Alex Smith. Early in the season, many were wondering why the Chiefs drafted Pat Mahomes. I don’t think anyone wonders anymore. Dilly, Dilly.

Empty seats? It sure looked like there were plenty of empties at Arrowhead Stadium. Surprising given the passion Chiefs have that is similar to the Bills Mafia

Jerry Hughes and his Tweet. Grow some thicker skin and don’t worry about who and who doesn’t pick you to win.

All we need is US… great team win We want all the smoke!!!! pic.twitter.com/KZ5qo8iogD

It shouldn’t matter to the players, but in case it does Jerry, I’m picking the Pats next week.

The Bills QB Thing. I call it a thing because it’s not really a controversy. In reality, Sean McDermott looks even more foolish with Tyrod Taylor leading the team to a win in Kansas City. The Nathan Peterman move looks worse given that Tyrod Taylor protecting the football, and the defense played a much better game. He had to play Taylor to avoid losing the lockerroom, which would have been a disaster for a first year head coach. When asked about the Peterman decision looking worse now, he mentioned nothing about regrets, just about focusing on next week. Good move there, because no matter which side you’re on with the QB’s, he handled it poorly.

The Sabres. I know they finally won Friday night, but following that up with a 3-0 shutout loss in Montreal epitomizes the season thus far. I know it was the 6th game in 9 nights (maybe the team should stop insisting the league give them home games on both Thanksgiving eve and Black Friday), and Carey Price was returning to dominate, but you have to be better. This team is already out of the playoff picture. Spare me the math, and time left in the season. I’ll hope for better, but know they are out.