The Good, The Bad, and The (Grey)Hound 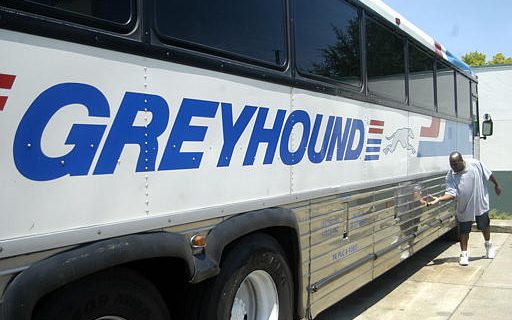 Good Wood. The first time I met Eric Wood was a charity chicken wing event at a local grocery store, and event he was passionate about due to the aid it gave to local youths in need. The first thing that jumped out at me was his size. He is a mountain of a man, but more importantly, down to earth. He was friendly, humble, and wanted to be there. It’s also good that he wants to be here, in Buffalo, after signing a two year extension with the Bills. Wood could have tested the open market after this season. I don’t think many would have blamed him, as this team doesn’t seem to be headed to the post season. Of course, he signed for the next two seasons, and a lot can change in that time. The Bills deserve some credit for recognizing they have a good player, and good person, in Wood. He’s the epitome of a professional, worked hard to come back from injury, and makes the team bus (second Marcel Dareus reference).

The Fight. Oh, you thought this column was just about the Bills. Nope. Everything and anything is fair game in the G.B.H. Heck, I might even give some journalism lessons here. The fight was the Floyd Mayweather vs Conor McGregor fight. The hype did exactly what it was designed to to do, draw interest. I watched the fight (Bills game prior) at a friends house, and we all had the same reaction when Mayweather won via TKO; “That was a much better fight than I expected”. I had no doubt Mayweather would win. He’s too skilled and savvy to lose in the ring to McGregor. The Irishman tried, and succeeded, to get to “Money” early and often, but Mayweather knew how to withstand the punches and get to the later rounds where conditioning and skill would prevail. It was entertaining, legacy preserving, and impressive.

Brandon Beane. I applaud him for taking questions before the game concerning the discipline of Marcel Dareus, and for setting a standard.

2:00 Drill Was Supposed to be Taylor’s Time. Tyrod Taylor left the game with a suspected concussion after the back of his head bounced off the turf. Whether you like Tyrod Taylor as the Bills QB or not, you can’t like that he has a head injury or the possibility of one. Suffice to say, this pre-season has been a trying one for #5.

The Game. Pre-season football continues to miss the mark. I understand that players need game conditioning, and that coaches need to see players play, and have the game film to evaluate. It is necessary, but not four times a summer. Two games is the right number.

The Wait. The Mayweather vs. McGregor fight took forever to start. Okay, not forever, but a near half hour delay was not welcome. Pay Per View issues were blamed, as some content providers were having technical issues.

Missing The Bus. The breeze felt early Saturday evening  in Buffalo was caused by the collective shaking of heads from Bills fans with the news of Marcell Dareus being sent home from Baltimore for violating a team rule. It appeared he missed the team bus. It’s the latest, and least offensive, of the Marcel Dareus transgressions. It’s just plain stupid. If you’re not 15 minutes in the early in the NFL, you’re 15 minutes late. There may be a good reason, but forgive me for doubting it. I joked (on twitter of all places) that a better punishment would have been to make him play the entire game. Some fans, and media, want the Bills to move on from “Mr. Big Stuff”, but the cap may make that difficult.

A Bad Beat. I was dealt pocket Queens, and the flop was King, King, Queen. I pushed all of my chips to the center of the table. People bailed, except for one. I started counting my chips and what would be a new power position at the table. Nope. She (a very skilled player) quickly turned over a King and Queen!