The Good, The Bad, and The Hound. 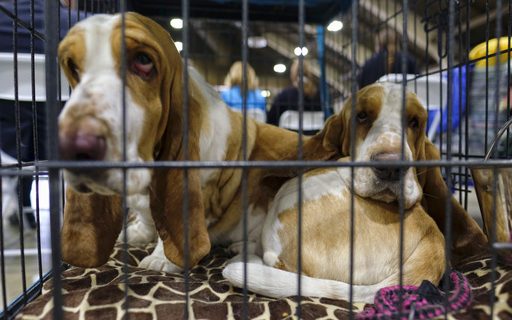 These dogs aren't ugly, but being caged up is.

Bills Defensive Line. I had no doubts this front four is good (potentially very good with a healthy and motivated Marcell Dareus), and they were great against the Panthers offensive line racking up 6 sacks.

Colton Schmidt. His hang time was great, which helped the coverage team and eliminated the return threat of Christian McCaffrey. Schmidt averaged 44.5 yards. Great numbers, and praising the punter means the offense was El Stinko.

Jordan Poyer. The Bills safety is a player. Sure, he should have had a pick 6 on the opening drive, but the rest of his play was impressive. The play he made in the end zone to knock the  ball away saved a touchdown in the second quarter.

Sean McDermott’s Enthusiasm. I don’t think I’m giving him his just due by saying enthusiasm. It’s fire and I like it. He was pumped up with his defense, and the team had to have fed off of that.

Sean McDermott’s Time Management. I’m sure he manages his day to day time very well, but he blew it in Carolina. Why he didn’t call timeout when Taylor scrambled and was tackled is indefensible. Taylor had to rush back to the line and run another play, and everything seemed rushed from there. It did lead to Rich Gannon remarking that it was a mistake by a rookie coach. What about the veteran offensive coordinator Rick Dennison? Surely he is thinking about the clock with each play.

The Bills Sideline. Getting a penalty for unsportsmanlike conduct for getting in the side judge’s way and forcing him out of the game due to a collision was something I expected under Rex Ryan. The penalty impacted field position in the first half, something the Bills struggled with.

The Bills Final Play. I can’t call it good because the pass was incomplete. I can’t call it bad because it should have worked. Its not in the hound section because it was ugly. The anger Bills fans have towards Taylor and Jones is. I think the throw should have been better, and the Jones should have caught the pass that was thrown. It’s what they call a “tough play” in the business. The effort was there, it was close, and it was incomplete. I think Jones has very good hands and will make many great catches in his career.

Rich Gannon. He was good at the end, but he needs to be better during the meat of the game. He seemed bored, and couldn’t get McCaffrey’s name right. I certainly have missed on a name here or there in the booth, but once corrected, I’d get it. He’s been a broadcaster long enough now to not make that mistake.

Pocket Timeout. Sean McDermott ended the game with a timeout in his pocket. He lost the game. It’s useless now, but should have been used with @:45 to play.