The Good, The Bad, and The Hound: Win over the Broncos 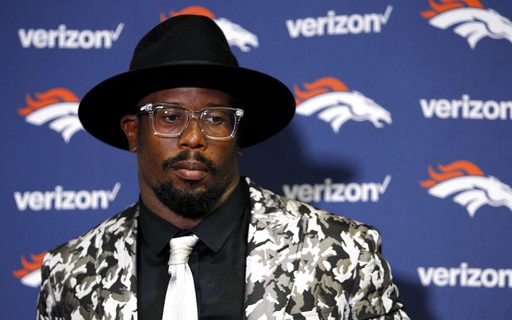 Fullback Dive. I thought it was effective with Tolbert gaining some tough yardage, keeping the Broncos defense honest. It helped set up the rollouts that were effective in the passing game.

Tre’Davious White’s 2nd half. A great bounce back half of football for the rookie capped of with an interception.

E.J. Gaines. While I still think Sammy Watkins would help this offense (weird to say after a very nice performance), he proved to be good return against the Broncos.

Clock management. Admit that your were screaming for the Bills to call a timeout on the dump pass to McCoy with @35 seconds to play in the first half. But McDermott got it right waiting for the next play for the timeout. It worked as the drive resulted in a field goal.

Aaron Rodgers commercial. The commercial with Rodgers and the dog in his truck was excellent fun.

Taylor to Zay Jones. These two can’t get seem to get it together. Drop passes and overthrows are the not the recipe for success.

What’s a catch? There were two plays in the first half that appeared to be catches to me. The Tolbert non catch in the flat at the goal line looked incomplete, but review made it look like a catch. The Sanders catch that was overturned on the Bills challenge sure looked like a catch. Meh?

Personal Fouls. They are like bad pennies for Jerry Hughes, they just seem to follow him around. But the really gross one was the call on Von Miller for the fake help up of Taylor. They were both laughing about it. It looked like a funny moment.