Greg Gabriel: Where Do The Bills Find A Quarterback? 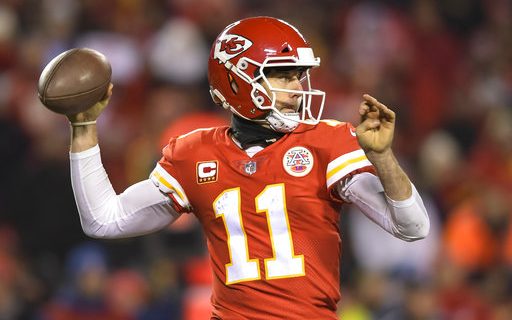 The one thing we know more than any other when it comes to the Buffalo Bills is that they need to find a quarterback who can keep them as a Playoff contender for years to come.

As we all know, Tyrod Taylor is not the answer and chances are he won’t be with the team in 2018. Rookie Nate Peterman had a nightmare debut in Los Angeles but came off of that to help the Bills win in the Snow Bowl against the Indianapolis Colts. The Bills coaches would have liked to find out more about Peterman during the season but that chance was never afforded.

Going into the 2018 off-season, the Bills can’t count on Peterman to be a Playoff contending quarterback, mainly because they just don’t know enough about him. So that means other options have to be found to acquire a quarterback. The three areas of player acquisition are the NFL Draft, veteran free agency or trade.

Today, I will look at who may be available in the veteran market.

Seldom do we see top quarterbacks available on the trade market and when they are, the cost is usually very high. This year there could be a very interesting name available on the market. That player would be Alex Smith of the Kansas City Chiefs.

Smith is a former first player selected in the Draft by the San Francisco 49ers (2005) and his play while there was disappointing. He resurrected his career after being acquitted by Kansas City in 2013 and working under Chiefs Head Coach Andy Reid, who does a remarkable job with quarterbacks. With Smith at quarterback, the Chiefs have been a consistent Playoff team.

While at Kansas City Smith has put up the best numbers of his career and has never thrown for less than 3200 yards. Over the last three seasons, his completion percentage has been around 67%. He threw for over 4000 yards this past season as well, throwing 26 touchdown passes with only five interceptions.

While Smith will be 34 this coming season, he is a young 34. In Kansas City in 2017, he ran an RPO (run pass option)-style offense and rushed for a total of 355 yards, the second highest total of his career. Though 34, Smith takes great care of himself and can still run in the 4.7 range, if not faster. He probably has a good three to four years left in his career. Contract wise, he has one year left on his contract at a modest 14.5 million plus a roster bonus of 2 million and a 500,000 workout bonus. By today’s quarterback salary standards that is a bargain.

Will Smith Be Available?

Why would Smith be available? The Chiefs traded up with the Bills last year to draft Texas Tech quarterback Patrick Mahomes. The plan was for Mahomes to sit for the 2017 season and then become the starter in 2018. For that reason, Kansas City may be willing to deal Smith. Being that he is 34, the cost may not be as high as what a team would normally have to pay for a successful veteran quarterback. I think the highest the Bills would have to pay is having to give the Chiefs their first round pick back, maybe a little less but I doubt it.

I have watched Smith often the last three years, and he would easily be the best quarterback the Bills have had since Jim Kelly. The only problem with acquiring him is how much longer he can play at a high level is unknown.

Kick The Tires on Cousins

The best quarterback who may be available in free agency is Washington’s Kirk Cousins. Cousins has been playing under the franchise tag for each of the last two seasons. It would not be cost effective for Washington to tag him again this year as the sot will be well over $30 million. What the Redskins could do is put the transition tag on him and that would bring the one year contract cost down to a more manageable level.  But Washington would have the right to match any offer that Cousins receives. A club such as the Bills would have to be very creative in putting together an offer so that Washington would have no choice but to walk away.

Washington could chose not to put any tag on Cousins and that would make him an unrestricted free agent and any club could negotiate with him. As I write this, that looks like it may be the case.

With Cousins only being 29, he may be the best option out there but it will cost the Bills or any other team a significant amount of money to get him. Cousins has thrown for over 4000 yards in each of the last three seasons and averaged better than 26 touchdown passes per season. With that kind of production, he could receive one of the highest quarterback contracts in history if he hits the free agent market.

Who Else Could Be Available?

Some other free agents who may be available are Sam Bradford, who is presently with the Minnesota Vikings. Actually all three of the Vikings quarterbacks could hit the market as all are coming out of contract. With the way Case Keenum has played this season, I would think that Minnesota would try to lock him up to a long term deal.

The Viking former first round draft pick Teddy Bridgewater also has a contract that ends as the Vikings did not pick up the fifth year option on his original rookie deal. Bridgewater is trying to come back from a near career-ending knee injury and how effective he will be is an unknown at this time. I would think the Viking may try and re-sign him to a short term deal so they can find out the answer themselves.

That leaves Sam Bradford, and personally I wouldn’t go after him. Yes, he is talented but he has no durability and he has shown no consistency with his play throughout his career.

If the Bills are going to try and add a veteran quarterback the two best options will be Alex Smith or Kirk Cousins. Neither will be cheap but it will give the team stability in the near future. With the team reaching the Playoffs for the first time in 18 years this past season, it is something that both the Bills brass and their fans want to continue.