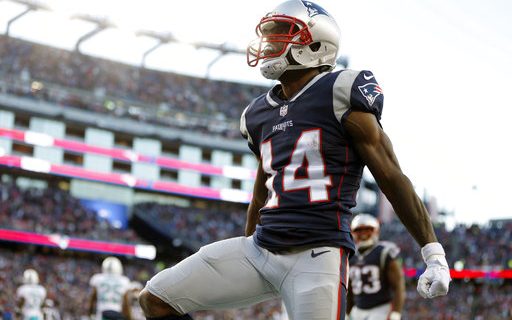 The Buffalo Bills sit with a 6-5 record after 11 games but the most important game on the 2017 NFL schedule for them is this Sunday in Orchard Park. The Bills host the AFC East leading New England Patriots and if they want to have a strong chance of getting into the Playoffs this year, it is imperative that they split the season series with the Pats.

In the final five games of this season, the Bills play both the Patriots and the Miami Dolphins twice. With a team’s division record an important tie-breaking criteria, the Bills need to beat Miami twice and hope for a split with the Patriots. That would give Buffalo a 4-2 record within the Division and in many cases that holds up when it comes to tie breakers.

Not only is this game important, but it is also the best team the Bills will face all year. The Bill Belichick and Tom Brady led Pats always find a way to be winners in not only the AFC East but the whole AFC. With a 9-2 record to date, this year’s team is no different than the one’s form the past.

On offense the Patriots are of course led by 40 year old wonder Tom Brady, who is perhaps the greatest quarterback of all time. Brady may be aging, but his play has not shown the effects of his age. He has completed 70% of his throws for 26 touchdowns and only four interceptions.
Brady’s leading receiver is newcomer Brandin Cooks, who has 51 receptions and five touchdowns. Williamsville native Rob Gronkowski is Brady’s other top target. The “Gronk” always seems to miss some time with injuries, but it seldom effects his level of play. He is one of the better tight ends in the business and Brady almost always targets him when they get into the red zone. Danny Amendola, former Bill Chris Hogan and running back James White are Brady’s other top targets.  (Hogan is currently injured and may not play)

Small but powerful Dion Lewis is the Pats leading rusher, but really any of three running backs could handle the ball. Besides Lewis, there is Rex Burkhead, James White and former Bill Mike Gillislee. Gillislee hasn’t played since late October as a healthy inactive.

Injuries throughout the season have forced the Patriots to play four different offensive line combinations this year. Usual right tackle starter Marcus Canon has missed the last three games and his backup LaAdrian Waddle has missed practice time this week. Starting center Davis Andrews should play this week but he won’t be at 100%.

Not A Typical Patriots Defense

The defense is not the typical Patriots defense we are used to seeing. They have given up almost as many yards as the productive Patriots offense. Earlier in the season they were giving up points at almost an alarming rate, but in recent weeks that as improved dramatically. Over the last five games the Pats have only given up an average of 11 points per game.

The Patriots play a base 4-3, but it is really more of a hybrid scheme and they are often in a nickel type package with five defensive backs and only two linebackers.

The Patriots rotate their front four with six and seven players seeing playingtime each week. Up the middle they use a combination of Deatrich Wise, Malcom Brown and Alan Branch. Recently they signed Ricky Jean Francois who gives them an athletic inside man. On the outside it’s Lawrence Guy, Trey Flowers and Adam Butler. In passing situations linebacker Kyle Van Noy often plays down. Van Noy and Flowers are the Pats best pass rushers and have 11 sacks between them. The defensive front really misses Dont’a Hightower who is on injured reserve.

In the secondary, safety Patrick Chung acts almost like their third linebacker and is the Patriots third leading tackler with 60 total tackles. In fact fellow safety Devin McCourty is also very productive with 66 total tackles. The corners are former Bill Stephon Gilmore and Malcom Butler. Eric Rowe is usually the third corner but has been limited in practice also this week. We’ll find out Sunday if he is ready to go. As we all know, the Patriots spent a small fortune to sign Gilmore and to date he hasn’t been quite as good as expected. He will want to play well this week.

To win this game, the Bills have to play mistake free football and control the clock. That means the run game has to at its best and quarterback Tyrod Taylor has to be smart with his throws. With the Patriots offensive line hurting the Bills have to find a way to put consistent pressure on Tom Brady. Early in the year he was taking a lot of hits but recently they have done a better job protecting him. Weather is not going to be a factor so we have to expect Brady to be at his best. If that is the case it could be a long day for the Bills.