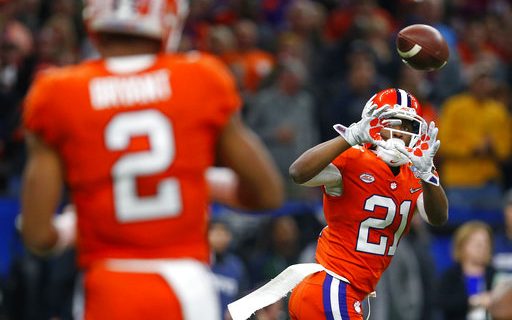 Where He Fits on Bills: Could replace Brandon Tate as the primary return man for the Bills. Tate is still a free agent.

Who He Pushes Off Bills Roster: Could push Jeremy Kerley off the roster as a number five receiver and return man.

Expected to Start Right Away?: Not as a receiver but could start as a return man.

Bob’s Take: McCloud is an under-sized slot receiver that does give the Bills good straight-line speed. He needs work as a route runner but this team is lacking a true deep threat. He has good hands. He dropped only five passes on 133 targets the last three years. He came out a year early leaving Clemson after his junior year. Not sure if Ray-Ray is going to help the Bills receivers as much as others that might have been on the board. He definitely will help the Bills special teams as a return man. With the current receivers the Bills have on their roster Ray-Ray will get his chance to make an impact. He brings speed to the table and that is something the Bills have been looking for since Marquise Goodwin and Percy Harvin left the team two years ago.