Jeff Wozer: Why the Bills will Beat the Broncos 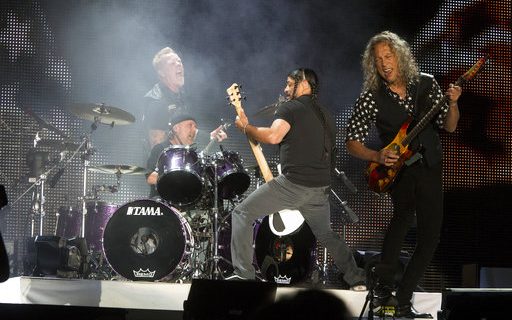 James Hetfield, from left, Lars Ulrich, Robert Trujillo and Kirk Hammett of the band Metallica perform in concert during their "WorldWired Tour" at M&T Bank Stadium on Wednesday, May 10, 2017, in Baltimore. (Photo by Owen Sweeney/Invision/AP)

Why the Bills will Beat the Broncos

This marks the 38th meeting between the Bills and Broncos. Buffalo enjoys a 20-16-1 record, which includes stomping the Broncos during its last visit in 2011, 40-14. Conclusion: Denver has about as much chance of winning as Vin Diesel does in being described as a “Shakespearean actor.” EDGE: BILLS

Buffalo is 6-3 against Cincinnati’s coach, Marvin Lewis. Denver is now coached by Vance Joseph. Conclusion: Denver has about as much chance of winning as Paul Anka does in being named as next February’s Super Bowl halftime entertainment. EDGE: BILLS