Jeff Wozer: Why the Bills Will Bounce the Bengals 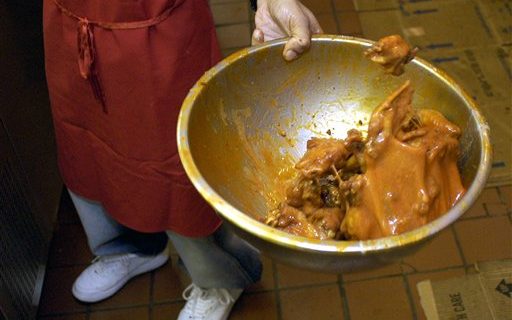 This familiar site of wings being prepared at the Anchor Bar in Buffalo figures into Jeff Wozer's Bills-Bengals predictions. (AP Photo)

Why the Buffalo Bills Will Bounce the Bengals

Each week, sports comedian Jeff Wozer finds a funny and creative way to predict whether the Bills have the edge on Sunday.

This will be the 31st meeting between the two teams. Buffalo leads the overall series 16-14, going 11-3 over the last 14 games. Oddly, during this 14-game stretch of Buffalo dominance, the only three games to be played between them in October all resulted in Bengal victories. A clear case of calendar-momentum. However, the only other three times these two teams have played in October Buffalo has come out on top, highlighted by an epic 5-0 win in 1978 that featured 16 punts. Conclusion: Chances of Cincinnati winning are about as likely as seeing James Bond in a casino playing Keno. EDGE: BILLS

How Cincinnati Plays With a 1-3 Record

This marks the 10th time in Bengals’ history that it enters the 5th game of the season with a 1-3 record. It has emerged victorious only once, going an otherwise woeful 1-9. One of these nine losses occurred against Buffalo in 2003 in which the Bills entered that game with a 3-1 record which, coincidentally, it enjoys now. Conclusion: Chances of Buffalo losing are about as likely as the U.S. Naval Academy bestowing a maritime service award upon Captain Crunch. EDGE: BILLS

Games Against Teams With Autumnal Colors

Buffalo is 46-42 overall against teams (Denver, Cleveland, Cincinnati) that feature the autumnal color of orange. Conclusion: Chances of a Cincinnati win are about as likely as CBS broadcasting a home Bills game without showing, at least once, chicken wings being tossed in a silver bowl. EDGE: BILLS

Buffalo gave the world Buffalo Bob Smith and Howdy Doody. Cincinnati gave the world Roy Rogers. Conclusion: Anyone who can make a living from a creepy puppet while dressed in faux buckskin is far more resourceful. EDGE: BILLS