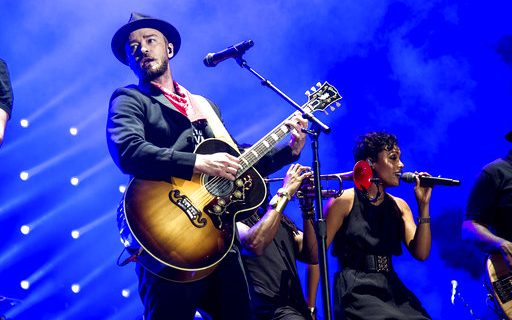 Justin Timberlake will perform at halftime of the Super Bowl, which is no surprise in Minnesota. (Photo by Amy Harris/Invision/AP)

Super Bowl Media Day is always an event.  There are strange questions, strange questioners and even stranger answers.  Sports comedian Jeff Wozer has compiled a list of the top things overheard in Minneapolis.

Jeff Wozer also wondered what would be different in Buffalo if Jon Bon Jovi bought the Bills.