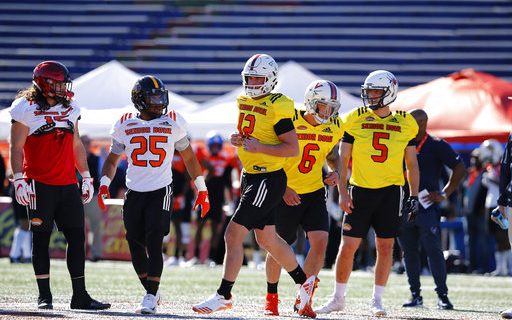 The Bills brass, including Head Coach Sean McDermott, are at the Senior Bowl in Mobile, Alabama to being the scouting process.  The main part of that process is the ability to interview the top prospects, and get to know them.  Sports comedian Jeff Wozer has come up with some questions that McDermott may be asking the top players.

• Okay, but if owner Terry Pegula asks the same question can you lie and say yes?

• Okay, if you don’t want to lie about wrestling could you at least lie to him that you like Penn State?

• During home games would you be distracted by the scent of burning fan flesh?

• Would you mind going to my LinkedIn page and endorsing me for interviewing skills?

• Are you going to finish those French fries?

• If, after a victory, you douse me with Gatorade will you harbor hard feelings if I react by punching you in the spine?

• If drafted and I finagle 2 for 1 tickets to Fantasy Island you interested?

• What’s your take on the Jane Fonda-Megyn Kelly feud?

• On team flights would you, if asked, object sitting next to play-by-play announcer John Murphy to reassure him there are no gremlins on the wing?

For more of Jeff’s humorous takes on Buffalo sports, including what might have happened if Jon Bon Jovi had bought the Bills, click here.