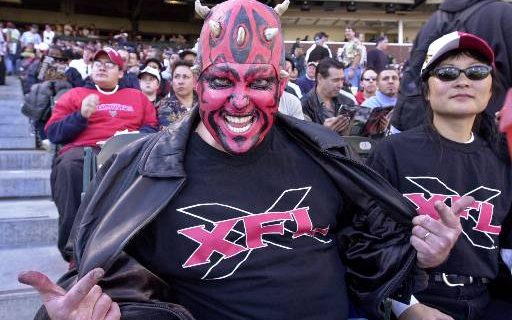 The XFL Football League is returning. What innovations will Vince McMahon have this time? (AP Photo/Paul Sakuma)

• Fifteen yard penalty for hitting a quarterback with a folding chair.

• Two points for any player who tackles using the airplane spin.

• Each team must have at least one out-of-control player from, or allegedly from, Samoa.

• Announcers must refer to rain during games as “Gorilla Monsoons.”

• The Royal Fumble – all 8 teams play on the same field at the same time.

Jeff also wondered how it would be different if Jon Bon Jovi had actually bought the Bills.