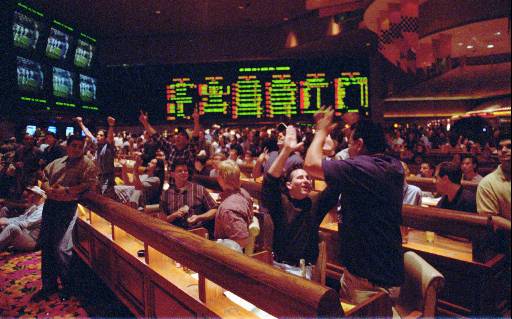 Will Bills & Sabres fans soon be able to celebrate winning bets at a local sports book? It could happen thanks to a ruling by the Supreme Court. (AP Photo/Lennox McLendon)

This has been a bone of contention for some time for me. It appears that the Supreme Court agreed that it was very hypocritical to allow so much legalized gambling in terms of state lotteries but to still hold this form of gambling back.

How Will The Leagues React?

This does open the door for all types of gambling on games. Not just the sides but over/unders and even in-game propositions. It will be interesting to see if the sports leagues jump on board. The NBA seems to be the league that is most likely to embrace the new law. The NBA realizes that this will create more interest in their games and this is a good thing for the leagues. More interest in your games means more money for TV contracts.

It’s still to be determined if the leagues will be able to pass an ‘integrity fee’. Remember the NBA wanted a percentage of all bets wagered. This would obviously be found revenue for the leagues if this were to go through. But even if it doesn’t the Bills and Sabres would be wise to embrace the added interest in their games. The NFL is already the most bet on sport and that has always appeared to me to be a reason that it was so the most popular sport.

The flood gates are certainly open today. The local teams would be wise not to fight the decision but embrace it and see how they can profit. Will this enhance the in game experience for fans if they can micro wager bets on every play in a football game? Individual player’s statistics can be wagered on as well something we only see popular in the Super Bowl.

The ruling coming down today gives the State of New York enough time to get things rolling by the Bills and Sabres opener. This could change the in game experience and give added interest to individual performances. There’s an explosion of money that is about to go off. Those leagues that are proactive will benefit the most. Time will tell if the NFL and NHL and more importantly if the Bills and Sabres see the added benefit. Hard to imagine any owner seeing potential money on the table and not wanting a piece of the pie. Will hockey and football games have betting windows authorized by the state? This ruling will change sports forever!