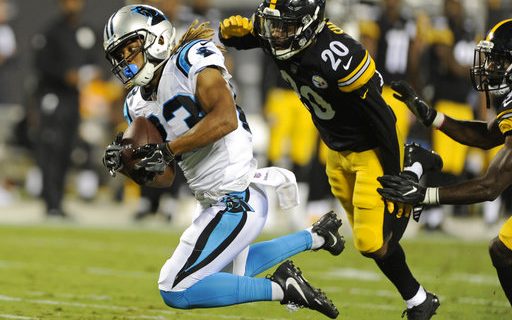 A new receiver, a fan-favorite receiver let go, two unexpected defensive backs on the roster, and the feeling that the team is not done yet…highlight the roster moves the Buffalo Bills made on Saturday to get their roster to the limit of 53.

Here are the list of players released by the team:

The @buffalobills have announced the following transactions. The team’s roster now stands at 53. pic.twitter.com/3Ojzpscb4P

Shortly after that was announced, the team announced that they traded DB Keyvon Seymour to Carolina for WR Kaelin Clay and a 2019 7th round draft pick.  Clay will be the team’s sixth wide receiver.  He is a speedy deep threat and returner who will be joining his 5th NFL team, but has only played in 7 NFL games (with Baltimore in 2015).

With the waiver claiming period beginning at Noon on Sunday, the team is expected to make more moves.  So the current 53 man roster could be changing.  But as for now, there are a few long shot players who are still wearing a Bills uniform.

Most notable, defensive backs Trae Elston and Greg Mabin.  Elston is a backup safety who has yet to play in an NFL game.  He joins Colt Anderson as backups to starting safeties Michah Hyde and Jordan Poyer.

Mabin is a rookie from Iowa who had two preseason interceptions.  The Bills kept five cornerbacks.

The Bills kept all of their 2017 draft picks, including later round linebackers Matt Milano and Tanner Vallejo.  Mabin was the only undrafted rookie to make the team.

There was some thought that the Bills would only keep two quarterbacks.  But right now, both Nathan Peterman and T. J. Yates are on the roster.  No word which one will be the backup to Tyrod Taylor.

Among the cuts, the most surprising may be receiver Brandon Reilly.  The rookie from Nebraska opened some eyes with impressive late-game performances.  But it appears the Bills were looking for more speed, and that likely prompted the trade for Clay.

Again, waiver claims can begin at Noon on Sunday.  So can the team’s ability to sign 10 practice squad players.