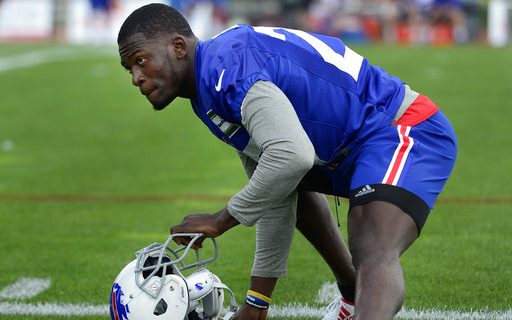 Buffalo Bills cornerback Tre'Davious White will make his NFL debut when the Bills host the Vikings in the preseason opener in Buffalo. (AP Photo/Adrian Kraus)

Let me get this on the record right away:  I hate the preseason.

OK, glad I got that off my chest.  I feel better now.

So, are you ready for the Bills vs. Vikings in the preseason opener at New Era Field?

The Sean McDermott era begins with the new Bills head coach saying his starters will play around one quarter.  I doubt the main stars (McCoy, Watkins, Kyle Williams) will even play that much.

The real benefits of this game come for the young players and rookies.  It will be their first chance to suit up and play in an official NFL game, even if it’s not their first time in New Era Field.

“When the lights come on, it’s a little bit different, which is part of the reason why we went down to Buffalo last week, so we could get a dry run and also so the players could get a dry run,” said McDermott. “We’ve got quite a number of young players on this roster who have never played in a game before, so this will be their first time. We wanted to get them into a routine, wanted to get them acclimated to the locker room and to the routine, so that it’s not, “hey this is the first time,” and then bang, they’re up against an opponent. We do get a lot off of the evaluation in games. You come to find out things that you never knew before. Just like when you go from the spring, where it’s just helmets, to full pads. There’s a difference, some things come out. That’ll be part of the evaluation and what we’re anxious to see come Thursday night.”

So here are a few thing I do want to see in this game:

If I see most of this, I won’t be such a preseason hater.

Stay with Buffalo Sports Page for our postgame reactions and observations.

I agree, and would add one more…to see Zay Jones catch a TD or otherwise look like he belongs also!