The Return of Stone Cold Locks 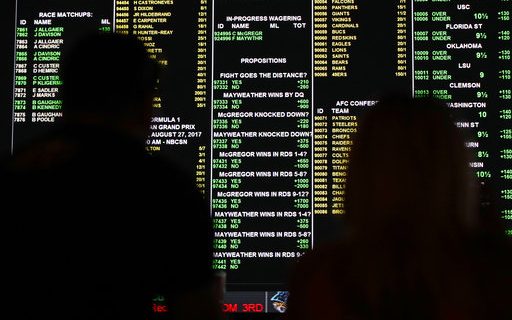 The Return of Stone Cold Locks

Stone Cold Locks is back! Many of you remember the energetic show we did on WGR for many years helping all of the gambler make the right picks. We’re back in both podcast and written form, with the usual cast of characters to make the picks.

Josh Nagel from CBS sportsline came on to discuss the big games of the week in college and pro football. Josh warned that the big games are often not the best games to play.
College

Notre Dame -6.5 over Georgia
QB Eason out for Georgia. Josh said he would never touch Georgia in this game. If he had to play the only side he would consider is Notre Dame. Notre Dame looks like an improved team from last year.

Very tough game Saturday night in Death Valley. Josh mentioned that these teams played a very close game last year. Both teams have two new starting QB’s in Bryant for Clemson and Stidham for Auburn.
In a close game he would take the points and Auburn.

Green Bay -3 over Seattle
Marquee match-up in the NFL is this 4:30 contest. Tough place to play and the Seattle offensive line still a huge questions from last year. Josh would lean to the Packers.

Josh also would lean on the Titans -2 over Oakland.

For all of Josh’s picks you can go to CBS sportsline.

Our Man in Stripes
Texans -5.5 over Jacksonville

Very emotional game on the side of Houston in this one. Hurricane Harvey devastated the city and the community will come together for this game. This is similar to when the Saints destroyed the Falcons after Hurricane Katrina. Stripes gives a huge edge to a very good Texans defense and particularly a great defensive line led by JJ Watt and Jadeveon Clowney. Bortles and the Jacksonville offense will really struggle in this one.

t week. UCLA got lucky and beat Texas A&M. UCLA shouldn’t have won if the Aggies wouldn’t have blown it. Josh Rosen got the benefit of two passes that should have been intercepted in the comeback. Too many points to give up.

Mono
Purdue -4 over Ohio
Purdue played a much better game than expected against Louisville. Purdue under new Coach Brohm is better than expected. This is his first game and he gets a MAC opponent at home on a Friday night. More talent on the Big 10 teams roster. Brohm has made a point that he wants more of an inspired effort for home games to make a better atmosphere at Ross Ade stadium. Expect the team and fans to show up for his debut.

Bob Gaughan
Bills -8 over the Jets
This is not a homer bet and has nothing to do with the Bills. The Jets were a bad football team last year that lost Darrelle Revis, Brandon Marshall, Ryan Clady, Eric Decker, Nick Mangold, David Harris, Sheldon Richardson and injured Quincy Enunwa. I believe that there is value here getting under 10 points. My feeling is every road game this year the Jets will be getting at minimum 10 points or more. I see value here that it is still under 10. Some NFL execs have said off the record that this Jets team will be the worst NFL team since the Lions went winless about 10 years ago.