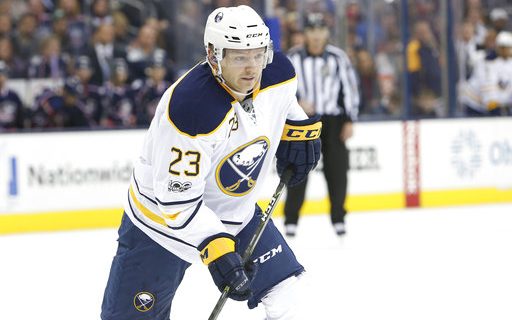 Phil Housley has been trying different combinations in practice and games during training camp in search of what he believes are the right line combinations to start the season. The toughest decision is where to put Sam Reinhart. I like that he is trying him at center, the position he was drafted to play. I didn’t like that he had him between Benoit Pouliot and Stevie Moses in the first game, but I do like the chance given on Saturday with Evander Kane and Jason Pominville.

Despite a lack of preseason production I’m keeping Reinhart at center. Here’s a look at my lines if the season were to start today.

Jack Eichel is going to make a lot of money in the years to come, and he’s also going to make Evander Kane some coin setting him up to light the lamp. Jason Pominville will have to keep up, but he’s a smart pro that will figure out how to finish.

O’Reilly, Okposo, and Girgensons seemed to have some chemistry early, and I like the style that line will bring. A hard nosed fast line that can score.

Sam Reinhart’s line was the toughest to put together. Matt Moulson has to play with his huge contract. It doesn’t make sense, to me anyway, to bury him on the fourth line. He needs ice and a set up man. He will have two of them because I have Evan Rodrigues on the right side. It will be an adjustment, but his speed has him in the lineup.

The fourth line displays the depth at forward with a returning Johan Larsson centering veteran left winger Benoit Pouliot, with Justin Bailey on the right side. I chose this line for speed. Nick Deslauriers is the extra forward and the one as I believe it makes sense for the young players to skate in Rochester.