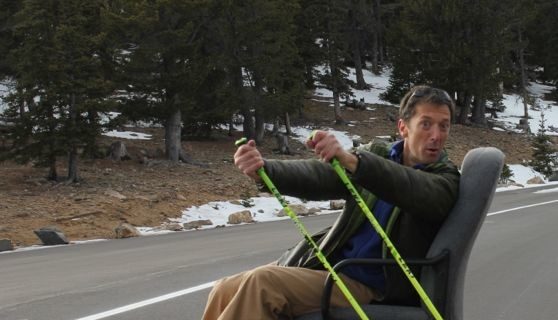 The similarities between the team and the show are uncanny:

The Bills lead 23 – 3 with 12 minutes remaining. Miami’s backup quarterback Sage Rosenfel, a career journeyman, enters in the fourth quarter and guides the Dolphins to an improbable last second victory. (Fun Fact: Buffalo became the first NFL team to squander a 20-point fourth quarter lead to a team with a quarterback named Sage.)

The Bills, on a Monday Night, lead the undefeated Cowboys by eight with 24 seconds left in the game. Dallas has already turned the ball over six times. Victory is imminent. Yet the Bills somehow Gilligan the game, losing on Nick Folk’s 53-yard field goal as the clock strikes zero. If Nostradamus were still alive even he, after this loss, would have admitted, “Whoa, never saw that coming.”

Season opener in Foxborough. National audience. The Patriots trail the underdog Bills 24-19 with 2:03 to play. The Bills can run out the clock. But before they get the chance Leodis McKelvin takes a kickoff two yards deep. Instead of kneeling he runs it out and Gilligan’s the ball away at the 31. New England recovers. Seconds later Tom Brady heaves a game-winning 16 yard touchdown pass. Extreme elation instantly turns to extreme loathing. Watching the Bills too often feels like Tourette Syndrome.

In the final minute of overtime Ryan Fitzpatrick lofts a 40-yard bomb to Stevie Johnson, the team’s leading receiver. The pass is perfect. No more difficult to handle than a hand-off. The nearest defender is three yards behind him. No opposing arms or hands to distract focus. He’s two yards deep in the end zone. Catch the ball and the game is over. But he Gilligans it. Pittsburgh, seconds later, kicks a game winning field goal. After the game Johnson blames God for the drop, while I blame the kitchen wall for breaking my tossed beer bottle.

Miami has the ball at its own 15. Pin the the Dolphins here and the Bills gain prime field position for a game winning field goal opportunity. On first down Jay Ajayi speed-rockets off left tackle for 57 yards. Three plays later Miami eliminates the Bills from playoff contention. On Ajayi’s run the Bills had only 10 men on the field. Given what was at stake this Gilligan moment was inexcusable. Akin to the Supreme Court voting on a case and not realizing until after the vote that Justice Kennedy was in the bathroom.

In reflecting upon this it’s small wonder why the Bills remain marooned from the playoffs. But maybe with a new coach and a new general manager the team will switch channels and find a new TV show to mirror. Something, at the very least, with an optimistic name like say Happy Days. Otherwise, if not, Curb Your Enthusiasm.