Spotrac.com: The Numbers on the Bills Veterans 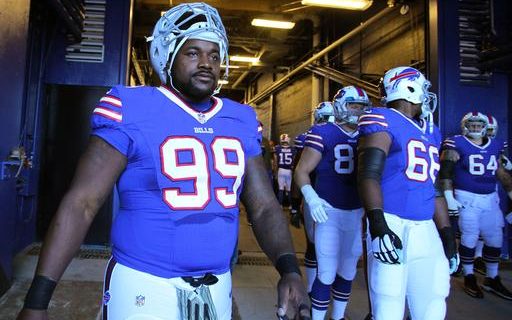 Marcell Dareus is off to Jacksonville. Sports humorist Jeff Wozer has uncovered some additional reasons why the Bills traded their former first round draft pick. (AP Photo/Bill Wippert, File)

Spotrac.com: If The Bills Clean House in 2018

Mike Ginnitti of Spotrac.com breaks down what would happen if the Bills released a number of high-priced, high-profile players in 2018.

Estimated $57M in total cap space to work with based on a $168M league salary cap, but only 27 players under contract.

For more contract information on the Bills, visit their salary cap page at Spotrac.com.