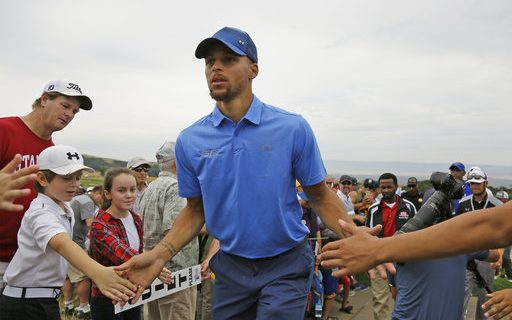 NBA superstar Steph Curry shot back to back 74’s at the Ellie Mae Classic on the Web.com tour, an event in which he received a sponsor’s exemption to play in. The invite did not come without criticism since Curry is not a professional golfer, and he would be taking the spot of a golfer trying to make a living on the pro tour. Many were expecting, some even hoping, that he would play terribly and embarrass himself. While he didn’t make the cut (missing by 11), he did impress battling to those 74’s.

I didn’t think he would make the cut, but I was rooting for him. It would be have been a great story, and I usually root for the best story. I was rooting for him because of all the criticism the event, the tour, and Curry were being showered with. If he made 3’s at the rate he does in NBA games, then maybe he would have broken par. He received a lot of praise after from many in the golf word. I reached out to some other local golf experts for their opionion on Curry’s performance.

“Thought it was really great he was invited and allowed to compete! It’s all good for golf – brings so many new eyes to our sport that otherwise are not there.  I hope there’s more to come.  He started each round with a few loose bogeys but came back with birdies! Ice in the veins from 3point land certainly helps to make a downhill left-to-right 6 footer for par.  Pair of 74’s – good for him and us as fans..”

“Not even close to what I, or most people in golf expected. 74-74 with tournament conditions and pressure was beyond impressive. The best part is the exposure it brought to the Web.com tour. There’s a ton of talent on that tour and the competition to get to the PGA Tour really deserves more attention.”

“Pretty impressive. I believe his experience at the highest level of athletics helped him. He probably is a supremely confident person, so he has trust that he will find a way to succeed. It would be easy to become unraveled when you start to struggle in an arena your not comfortable in. His mechanics aren’t even that great. Goes to show what a positive attitude and confidence can do.”

Great points by all three gentleman, especially about the quality of play on the Web.com tour and what confidence will for you. I hope that Curry, or another top athlete that can play, gets another opportunity to compete.