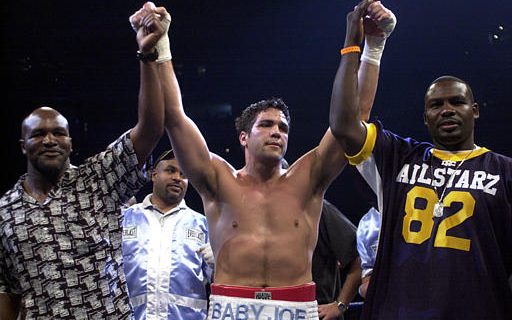 Wednesday, Buffalo boxer Baby Joe Mesi was announced as a member of the 2018 class of the Greater Buffalo Sports Hall of Fame.  Paul Peck sat down with the undefeated pugilist, who last fought in 2007 before an injury ended his career.  At his peak, Baby Joe was Buffalo’s “Third Franchise” filling arenas and bringing a excitement to WNY that rivaled any Bills or Sabres playoff game.

Paul touched on Mesi’s induction, his career, his memories and his current life in this addition of the Sylvester & Peck On Sports Podcast.

The Hall of Fame induction will be held later this fall at the Buffalo Convention Center.