The Curse of Dave Roberts 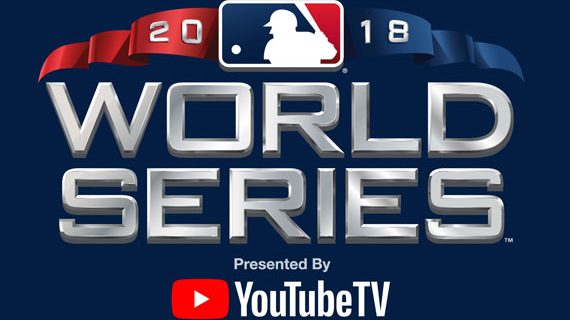 You may have heard that the Boston Red Sox had a bit of a dry spell when it comes to championships. Come to think of it, 86 years is something of a world-class drought. Not only were the Red Sox bad for long stretches during that time for a variety of reasons (bad ownership, unwillingness to sign African Americans such as Jackie Robinson and Willie Mays when they had the chance), but they were also unlucky. That includes some bad bounces at the wrong time, but also poor fortune when it came to opponents. In the second half of the 20th century, Boston made it to the World Series and ran into some of the best National League teams of their decade. The Red Sox fell to such powerhouses as the 1967 Cardinals, 1975 Reds, and 1986 Mets.

Dan Shaughnessy of the Boston Globe made some serious money when he wrote a book called “Curse of the Bambino” late in the century. The sportswriter suggested (with his tongue a bit in cheek) that when the Red Sox traded Babe Ruth to the Yankees early in 1920, they started a curse that hadn’t let up in more than 75 years. Ruth became the first superstar, at least in terms of public attention, and the Yankees became, well, the Yankees.

The Curse still seemed to be in effect in 2003, when the Yankees and Red Sox played for the American League pennant. Boston couldn’t hold a lead late in Game Seven, and Aaron Boone put the Red Sox out of their misery with a walk-off home run. Then in 2004, the Red Sox promptly lost the first three games of a best-of-seven series to the Yankees. When New York took a one-run lead into the bottom of the ninth, it looked like the drought would be extended some more.

But Red Sox fans can still recite what happened next, 14 years later. Kevin Millar walked and was replaced by pinch-runner Dave Roberts. Then Roberts barely beat the throw on a stolen base attempt to move into scoring position. I’m not sure there’s been a more famous stolen base in baseball history. Bill Mueller singled home Roberts, David Ortiz later hit a walk-off homer, and the Red Sox were still breathing.

And everything changed. Boston completed the first comeback from a 3-0 deficit in baseball history, and went on to down a good Cardinals team. The drought and the Bambino’s Curse were over, and the Curse of Dave Roberts on Boston opponents was now fully in effect. The bad fortune that occasionally had foiled the Red Sox simply disappeared. It is still missing, and it’s fascinating to watch from a distance.

No, the Red Sox haven’t won the World Series every year since 2004. They’ve only won it three more times. Boston’s four rings in this century lead the majors. The Red Sox haven’t been perfect during this era, having made some trades and free-agent signings that didn’t work out. They even have shifted managers and general managers and wasted some serious money along the way. But their batting average has been mighty good. They won the 2007 title with the help of a flood of young talent (Dustin Pedroia, Jonathan Papelbon, Jon Lester) that was just arriving to go with acquired veterans like Josh Beckett, Daisuke Matsuzaka and Mike Lowell. The 2013 team was something of a cut-and-paste job, with players like Mike Napoli, Shane Victorino and Koji Uehara making enormous contributions. Then in 2018, everything came together in a 108-win regular season, followed by an 11-3 record in the playoffs.

This last championship came at the expense of the Los Angeles Dodgers, who were managed by … Dave Roberts. Therefore, the Curse of Dave Roberts ran through Dave Roberts.

There will be those who will point out that the Red Sox started winning when they started adding good pitching in large quantities. This year, they traded for Chris Sale and signed David Price as a free agent. It’s also possible that once the team ended the drought, the entire organization relaxed – and started playing up to its abilities. Boston has had plenty of money to spend for the past quarter-century, and maybe it hasn’t been as frantic as it once was in the past. We’ll have to see how this theory works for the Cubs, who ended a long drought of their own a couple of years ago.

Now, if you want to join me in crediting Roberts with putting a “curse” on opponents, be my guest. But if you are a Yankee fan looking for a silver lining in looking up at Boston in the standings lately, maybe I can help.

The Red Sox won more championships than any other team in the first 18 years of the 20th century, just like they have in the 21st century. In fact, they were even better with five titles, and the World Series didn’t even exist in 1901-02. Maybe the run stops here. Maybe we’ll be talking about “The Curse of ’18” someday.

Then again, maybe we won’t.