Vegas Future Bets Other Than The Bills 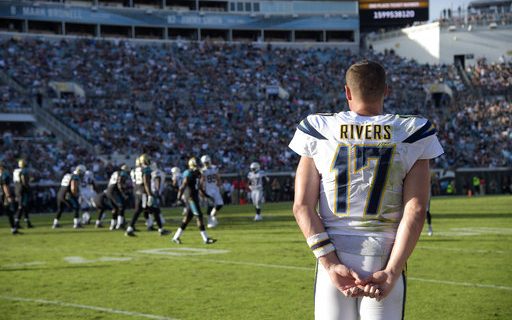 Just got back from Vegas and of course I bet the Bills over 7 games as I mentioned last week. Here are other future bets I made while in Vegas.

KC Chiefs under 10 ½ wins
Everything went right for the Chiefs last year. Patrick Mahomes could throw left- handed passes and no look passes and it was all good. Can’t see Mahomes having the same year he had last year. No Kareem Hunt and they lost their heat and soul of the line in center Mitch Morse. The Chiefs defense is one of the worst in football. They lost their best pass rusher in Dee Ford. The division is a little better this year. The Raiders and Broncos shouldn’t be four easy wins. They play overall the fifth toughest schedule in football.

The Chargers to win the AFC West at 2:1
This pick is a piggyback on the first. I’m a big fan of the Chargers this year. It’s getting to a now or never point for Phillip Rivers. I think this is their year. The offense is loaded with or without Melvin Gordon. Keenan Allen, Mike Williams and Hunter Henry make three great targets for Rivers. Defensively you can’t have better bookend pass rushers than Joey Bosa and Melvin Ingram. The corners of Desmond King and Casey Hayward are solid. They have an impact safety in Derwin James. No excuses this year. I believe top to bottom they have the better roster than the Chiefs. I get them at 2:1 is even better.

Eagles -130 to win the NFC East
This line a few weeks ago was 1:1. It continues to grow with the Ezekiel Elliott problems in Dallas. Dallas is the only threat to the Eagles in the division. The Giants and the Redskins are two of the worst teams in football. The Eagles are loaded this year and one of the favorites to win the Super Bowl. I like the moves of getting Jordan Howard and DeSean Jackson to help the offense. The only question is can Carson Wentz stay healthy? This is a bet as much for the Eagles as it is against the Cowboys. Not a Dak Prescott fan. Losing Cole Beasley will hurt the Cowboys offense. I could see Jason Garrett being in trouble after this year.

SF 49ers over 8 wins
This seems like a sucker bet. The 49ers won only four games last year. Why would Vegas put their win total at 8? They must be begging you to bet the under. I’ll take the over. Everything went wrong last year with injuries to key players most notably QB Jimmy Garoppolo. I like the defense additions of Dee Ford and first round pick Nick Bosa. They should have a much better pass rush this year. I’m a big fan of head coach Kyle Shanahan. With all of he injuries last year they still finished middle of the pack on both offense and defense. This team will contend with the Rams to win the NFC West.

Pitt Panthers under 6 wins
Pitt shocked everyone last year by going to the ACC title game. They had the best running game in football. They ran for almost 500 yards against Virginia Tech. WNY native Qadree Ollison is now gone after being drafted by the Atlanta Falcons. That’s not the only problem. Pitt lost their entire offensive line and their second best running back. The Panthers entire running game is gone. Pitt had one of the worst passing games in football last year. Their offense will struggle. Late last week they lost their best defensive player. Considered the best defensive lineman and pass rusher in the ACC Rashad Weaver was lost for the year with a knee injury. The schedule is tough. Only one easy win on it against Delaware. Other than that not many easy wins. I see this team winning about four or five at best. Can’t see them getting to seven and losing this bet.

Utah +250 to win the PAC 12
Big fan of coach Kyle Whittingham and what he has done with the Utes. This team brings back their entire offense. Running back Zach Moss could have went early to the NFL but decided to stay for his senior year. The offensive line comes back with all five starters. QB Tyler Huntley is back from injury. Huntley was 4-0 last year with wins over Stanford and USC before being injured. Moss missed the final five games last year as well. If this team can stay healthy they will be a very good offensive team. The Utes defense was second in the Pac 12 last year. They get the benefit of two stars not going to the draft in Leki Fotu and Bradlee Anae. Both came back for their senior season. The schedule is favorable because they don’t play Stanford or Oregon. I see this team repeating as South Division champions and winning the title this year.