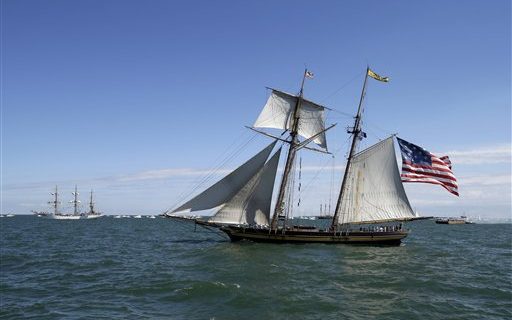 This is the Falcons season right here.  The Cowgirls are no better as than them as a football team, actually probably lesser.  However, they are in a weaker division and the two game lead that Washington has over them in the NFC East could disappear because any team in that race could close out the year without winning another game.  Matty Ice & Julio Jones win by a touchdown in the dome.

Detroit Lions’ head coach Matt Patricia pulled one out of the Belichikian League of Coaching Academics this week after the loss in Chicago.  The rookie head coach had his team practice outside in the cold and snow despite the fact that the Lions next four games are indoors.  Who is he, Bud Grant?

Matt ran the practice in his shorts, ostensibly to show off his Russian Commando tough guy demeanour, but a guy with 68% body fat probably needed the ventilation to keep his body temperature from overheating from walking around that far outdoors.  Our sources tell us that the team was not inspired by his “Spetsnaz” inspired practice and like Jon Gruden in Oakland, he has already lost the team in his first year with the team.

Legendary offensive coordinator and mediocre former head coach of a half dozen NFL teams Norv Turner may be performing his greatest feat ever this year.  He has taken Panther quarterback Cam Newton and matured him in a way that we just could not see coming.  Usually Newton possesses even less unselfish leadership skills than the collective contributions of NBA stars Draymond Green, Kevin Durant & Carmelo Anthony.

All indicators point to a Panther win since they are focused on going to the playoffs and beating the Lions by a touchdown or more in the comfy dome in downtown Detroit.

Additionally, there is less chance of a major distraction throwing Cam off his game this week because the Motor City is not renowned for its seafood restaurants.

A divisional game that should be close.  The Titans have been on a bit of a roll and we have been backing them during that run.  However, we have also been backing the Colts who cover a lot and still have a shot at the playoffs in this division.

Yes the Giants managed to win in San Francisco last week after being outplayed for much of the game, but Tampa Bay and Ryan Fitzpatrick managed to pass for over 400 yards and only score three points in a 16-3 lost to Washington that set the entertainment factor of football back to 1955.

There is rain predicted for this weekend and game.  Taking inspiration from the White House and the decision making process of President Bone Spurs on a recent sojourn to Europe, the Houston Texans have announced that if that weather forecast turns out to be true they would like to postpone the encounter.  This is because their chartered jet does not fly as well in wet or snowy weather.

If they do end up in Washington before the precipitation hits, the bus trip from their hotel might still be too dangerous on the wet roads and besides, they will needlessly hold up traffic in the Nation’s Capital.  Out of consideration for the Beltway area commuters, they would prefer the match be rescheduled under these circumstances too, as they are incredibly community conscious.

Call us deluded, but when we first read this line and total, we thought this game would be a very low scoring game and that five and a hook is too many to give up to the Steelers.  Pittsburgh is bent on revenge after being eliminated from the playoffs last year by Jacksonville.  They arrive in North Florida to play a team that improved on both sides of the ball last week in Indianapolis, despite losing 29-26.

Now that the spread has jumped to seven, we are even more enthusiastic about putting imaginary money on the Jaguars.

Let us take the home team and the points playing in maybe their last meaningful game of 2018.

The Bengals fired their defensive coordinator, Teryl Austin after last weeks’ embarrassing 51-14 loss that may have single handily propelled New Orleans’ quarterback Drew Brees from mere “Surefire Hall-of-Famer” to absolute divine celestial being.  ( We would like to fire our own “inside” sources who last week informed us that both WR A.J. Green and LB Vontaze Burfict would both be playing after the bye ).  For now, Cincinnati head coach Marvin Lewis will be taking over the defense.

Lewis got this job decades ago because he so successfully ran the Baltimore Ravens’ landmark defense that won a Super Bowl despite being quarterbacked by Trent Dilfer.  Over the years when the Bengals’ defense faltered, he resisted taking over the reins, despite his impeccable qualifications.

Maybe team owner Mike Brown has given him the directive this time, who knows?  It might mean something this weekend as Marvin Lewis rallies the troops against his old team in Baltimore who have their own set of problems, but are coming in off the bye.

In another interesting move, the Bengals have hired Hue Jackson in an unspecified offensive assistant capacity.  Jackson, recently fired from the head coaching job at arch rival Cleveland, will be rejoining the staff where he was offensive coordinator for several years before he was lured across the state to Lake Erie by the big bucks of Browns’ owner and Truckstop Godfather Jimmy Haslem.

One thing is for sure, if the offence stinks again this week like it did against the Saints, then offensive coordinator Bill Lazor might find himself jettisoned out the door and down the front steps of Bengal headquarters like his defensive counterpart.  He should be nervous, his replacement is already in-house.

Heisman trophy winner and rookie Lamar Jackson should finally start at QB for Baltimore because during the bye week, The Human ATM ( Joe Flacco ) got hurt for the third time in his career in an industrial accident involving the money counting machine in his basement.  Both teams need this game in a divisional rivalry series that almost always produces close contests.

Bengals are 8-2 against the spread in their last ten games playing the Ravens.

Even the three blind soothsayer hags who share one eyeball, along with the small hoards of cave dwelling olms left on this deteriorating planet know that the Raiders will not win another game this year and maybe not next season either as long as the “100 Million Dollar Mistake coaches this team.

As usual, the visiting team will have over 40% of the fans in the stands cheering for them in the 30,00 capacity Orange County bandbox that the Chargers call home.  We like the Chargers to win, but we don’t like the big number, so we will take the bye week rested Broncos in a divisional match that usually is close.

This is it for the Champion Eagles ( we’ve said that before, but being in the NFC East, you always have a chance at the playoffs ).

This game brings back  memories Bud Grant and the Purple People Eaters visiting Soldier Field to play George Halas and the Monsters of the Midway in sub-zero temperatures like in the late 1960’s and early 1970’s.  Like the Eagles, the Vikes have been disappointing this season.  Apparently, head coach Mike Zimmer spent the the off week focusing on his defense ( his specialty ) and developing a more aggressive game plan to harass and hit Bears quarterback Mitch Trubisky.

Best Monday Night contest of the year, so ESPN is praying that the state of California has taken the “Very, very informed & formally educated on the topic” President of the United States sage advice and vastly improved their forest management skills in the last week so that another wildfire does not take over the City of Angels and postpone this ratings bonanza.

This game was originally scheduled for Mexico City, but the state of the turf at the Azteca Stadium was so bad the players’ union lobbied for the game to be switched.

The White House is happy.  They were terrified that the marauding caravan of homeless women and children refugees from El Salvador, Guatemala & Honduras slowly crawling their way to the U.S./Mexico border would disrupt the game.  These Vandals, Huns, Tartars, Mongols & members of El Qaeda were considering diverting their trek and heading for Mexico City in time for the kick-off.

There they would threaten American National Security by seeking refugee status through begging for food and shelter outside the Mexican stadium and possibly bribing an NFL player or two to smuggle them back to the United States in their luggage on the team plane.

This is the highest over/under in years and only the smog caused by the neighbouring fires could limit visibility and the lung capacity of the offensive weapons to stifle the scoring enough to produce an under in this game.

On a contrarian lark, we’ll take the Chiefs just because we know Bob Gaughan will take the Rams.