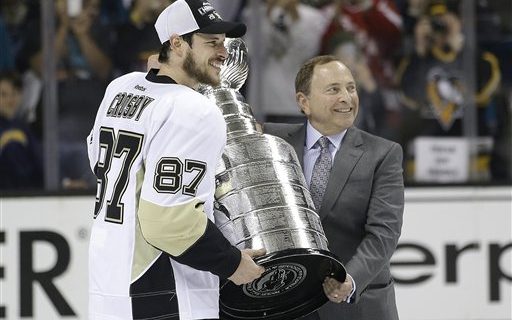 The Pittsburgh Penguins are one of the featured teams as NBC celebrates "Hockey Day in America" on Sunday. (AP Photo/Marcio Jose Sanchez)

Sports humorist Jeff Wozer has uncovered some rejected promotional ideas for the celebration.

• NBC’s showcase game features the Canucks versus the Canadiens.

• Maroon 5’s Adam Levine sings the US national anthem with his shirt on.

• Chewbacca takes a DNA test to prove he’s not the father of Philadelphia mascot, Gritty.

• The hosts from “Myth Busters” test how long a canary can last in a hockey bag.

• In between periods Jeremy Roenick hits on Kathryn Tappen