Wozer: Other Things As Improbable As Derek Anderson Starting At QB 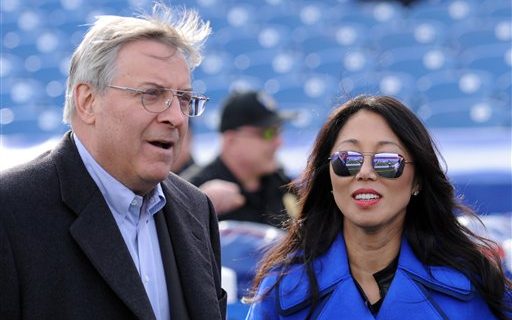 No one could have expected the Bills to be on their third starting quarterback today in Indianapolis.  Even more unexpected is that NFL veteran Derek Anderson would be that QB.  But sports humorist Jeff Wozer has found just a few other things in life as improbable as Anderson starting at QB for the Bills.

• NHL players whistled for 10-minute misconducts getting the option to reduce it to 7 minutes if during timeouts they help shovel the ice.

• Rick Jeanneret changing new signature line to “He scores like a Kardashian at a post-ESPY Awards party.”

• NFL solves players kneeling dilemma by asking fans to stand and remove their hats to the playing of Paul Anka’s “She’s Having My Baby.”

• The US Food & Drug Administration charging Yancy’s Fancy of selling cheeses that fail to meet its definition of fancy.

Jeff has also uncovered the biggest pet peeves of Voice of the Bills John Murphy.