Wozer: Sabres Going Through The Motions 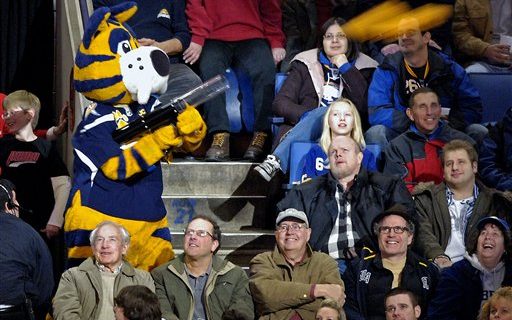 Buffalo Sabres mascot "Sabretooth," is gearing up for 2019 with a list of New Year's resolutions. (AP Photo/Don Heupel)

After a disappointing trade deadline, an unsatisfying return for Evander Kane and a season that will be yet another at the bottom of the NHL, sports comedian Jeff Wozer has seen signs that everyone in the Sabres organization is going through the motions.

• Players ask officials if they can play 60 minutes of running time.

• Two of the three designated Moe’s Hot Players of the games are goalies.

• Buffalo’s PA announcer is now routinely 20 to 30 seconds late announcing one minute left in the period.

• Team no longer bothers to freeze pucks before games keeping them instead in locker room fridge’s crisper drawer.