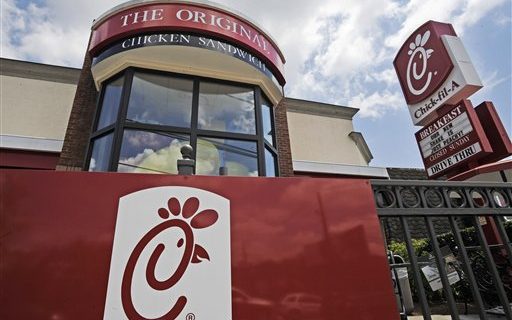 What does Buffalo's big news about the arrival of Chick-fil-A have to do with Jeff Skinner's decision to come to WNY? Sports humorist Jeff Wozer has uncovered the top reasons why Skinner waived his no trade clause. (AP Photo/Mike Stewart, File)

The Sabres trade for Jeff Skinner has been universally praised by the hockey world.  Skinner had to waive his no trade clause to make it happen.  There were only a few cities that he would do that for, and Buffalo was one of them.  That’s a major signal to the NHL that players do want to be a part of what is building in Buffalo.

But sports humorist Jeff Wozer has discovered that there were some specific reasons why Skinner was willing to come to Western New York.

• Not one but two Chick-fil-A restaurants opening in Buffalo.

• Believed Botterill’s fib that Buffalo’s is known as the “City of Good Topless Neighbors.”

• Tired of playing before fans who only attend games for the Zamboni crashes.

• In honor of his figure skating background Sabres agreed to his request for sequined jerseys.

• Thinks Buffalo fans will recognize him for his hockey rather than for being B.F. Skinner’s son.

• It was not until after he agreed to the trade that he learned Babeville was not Buffalo’s nickname but rather the name of a local concert venue.

• Told that after every home win Sabres players are granted a three-hour window for ignoring red lights.