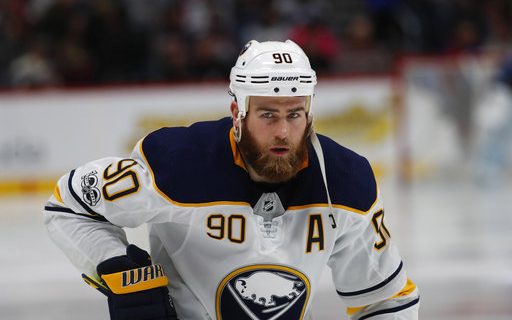 Why did the Sabres trde Ryan O'Reilly? Many reasons have been reported. Jeff Wozer found some that haven't been made public. (AP Photo/David Zalubowski)

This week, the Sabres made their long-anticipated trade of Ryan O’Reilly.  His big contract, his lack of goal scoring and his dressing room presence were cited as reasons for the deal.  But sports humorist Jeff Wozer has discovered some previously unreported reasons for sending O’Reily to St. Louis.

• Never shared or liked any of Phil Housley’s Facebook posts.

• Only wanted the C on his jersey because he thought it stood for “cutest.”

• No choice after 26 stolen Reddy Bikeshare bicycles found behind his garage.

• After dining at the Pegula daughters’ Healthy Scratch restaurant he only gave it one star on Yelp.

• Team feared he’d take a voluntary buyout to write for the Athletic.

• O’Reilly miffed team failed to support his desire to become first forward in league history to win the Vezina trophy.

Jeff is always discovering interesting reasons behind what the Sabres are doing, including why they don’t draft Canadian junior players and unknown facts about new goalie Carter Hutton.