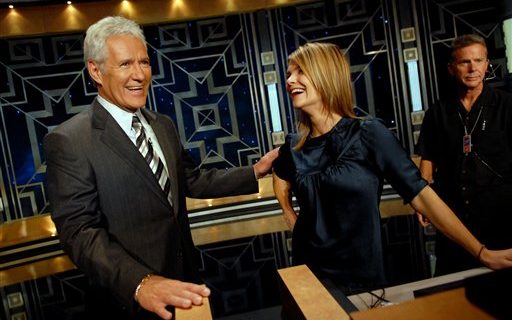 Jeopardy! host and famous Canadian Alex Trebek could be part of the reason why the Sabres haven't drafted Canandian junior players, according to sports humorist Jeff Wozer. (AP Photo/Paul Hawthorne)

In two drafts as the Sabres GM, Jason Botterill has yet to draft a player from the Canadian junior hockey leagues.  He claims it’s strategic, based on being able to hold the rights to college and European players longer.  But sports humorist Jeff Wozer has uncovered some other reasons why Botterill may be staying away from north of the border skaters.

• Miffed that because of the Canadian national anthem, team forced to pay singer Doug Allen double.

• Jealous of Canada’s Niagara Falls side being prettier than the U.S. side.

• Still miffed at Canada for burning the White House during the War of 1812.

• As a child his mother used to discipline him with a maple branch.

• The more Swedish players on the team, the better his chances of meeting the Swedish Bikini Team.

Jeff also has some thoughts on what Botterill likes about being the Sabres GM, and what was overheard at the team’s draft table last week.